The Dreamliner era has begun at Air Canada with the arrival of its first Boeing 787-8 (registered C-GHPQ) at Toronto-Pearson International airport on 18 May. 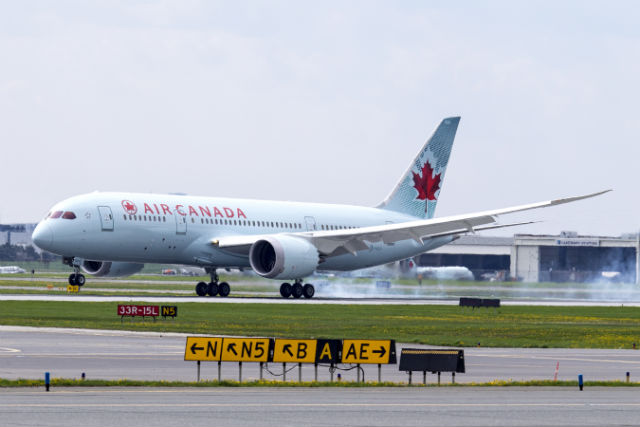 Air Canada has massive expectations for the 251-passenger aircraft equipped with GE GENX-1B engines. It hopes that the 787 will deliver on fuel savings, reliability, passenger comfort and service, as well as allowing the Star Alliance carrier to further expand and reinforce its route network, starting with its inaugural dedicated service to Tokyo Haneda on 15 July.

The Montreal-based carrier estimates that fuel savings and maintenance costs will be approximately 20% lower than on the Boeing 767-300ERs that the 787s will be replacing. The 787 will also replace Airbus A330-300s in Air Canada's fleet.

Air Canada and Boeing are confident that the Dreamliner’s troubles and reliability issues are a thing of the past. Captain Murray Strom, chief pilot of Air Canada’s 777 and 787 programmes, says: “Boeing will be supporting us all through launch, for the first 90 days or so, a team from Boeing, GE, Rockwell Collins and all the manufacturers will be monitoring the aircraft real time from a room in the hanger in Toronto.”

The real time data will allow mechanics on the ground to address any issues as they arise on the aircraft, even during flight. Once the initial teething issues are dealt with, Strom says “once it gets up and running, I think it will have the highest reliability out there”.

“Our goal is to launch the airplane better than anybody else, and make it so that Air Canada is the example everyone else will use to launch," he says. Initially the aircraft will have 120 minutes ETOPS certification from Transport Canada for 40 days, working up to 180 minutes there after, which will allow Air Canada to fly across the Pacific.

“It’s a dream to fly,” says captain Michael Deere, senior check pilot on the 787. Pilots flying the 787 spend two weeks in ground school, have seven simulator manoeuvre sessions and spend 25h flying the aircraft for up to four legs with an instructor before they even have their check rides, he says. 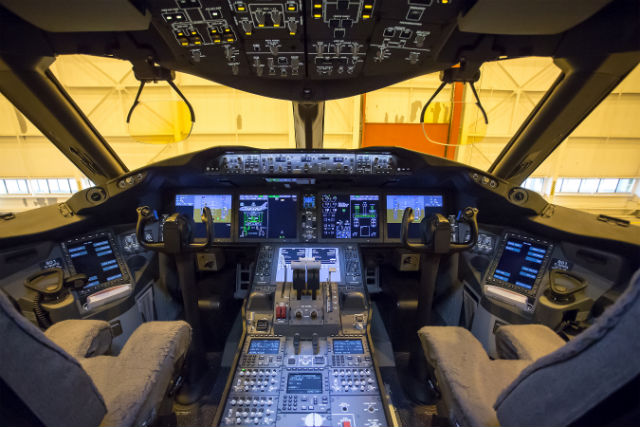 Air Canada will staff around 10 crews per 787, for a total of 80 to 90 pilots initially. Prior to the first revenue flight, non-revenue training flights are operating from Montreal-Mirabel International and Ottawa International airports, with the aircraft looping around on 80km (50 mile) segments and doing touch and goes before returning to Toronto.