Air China has taken delivery of China's first Airbus A320neo, becoming the first Chinese operator with both the Neo and the Boeing 737 Max in its fleet.

It took the Pratt & Whitney PW1100G-powered aircraft from Airbus's Final Assembly Line in Tianjin on 17 November.

The aircraft, registered B-8891, is the second A320neo to be delivered from the Tianjin facility. The first, powered by CFM International Leap-1A engines, went to Malaysian low-cost carrier AirAsia in October.

On 18 November, Hainan Airlines also took delivery of its first 737 Max 8 in Seattle. The aircraft, registered B-1390, is fitted with 176 seats – eight in business class and 168 in economy. 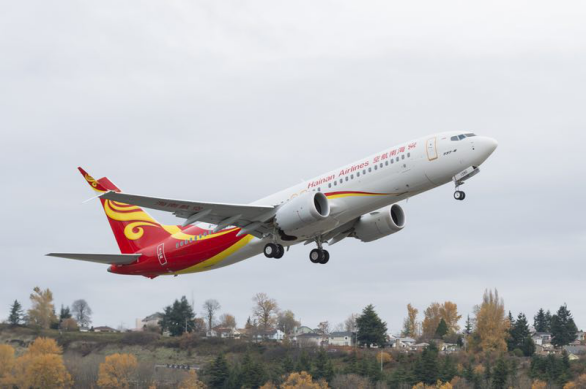 The carrier will operate the aircraft from Haikou to Beijing from 25 November, and says it expects to use the re-engined narrowbody on services to the key domestic cities of Shanghai, Nanjing, Xian, Wuhan and Chongqing.

Boeing has said that it expects to deliver 100 737 Max to Chinse customers by the end of next year.