Irkut’s first domestically-powered MC-21 twinjet is still on course to conduct its first flight by the end of this year, according to the Russian trade minister.

Denis Maturov made the claim during a formal visit to the assembly plant in Irkutsk on 27 November.

He was briefed on the MC-21-310, the variant of the aircraft which is fitted with the Aviadvigatel PD-14 powerplant. 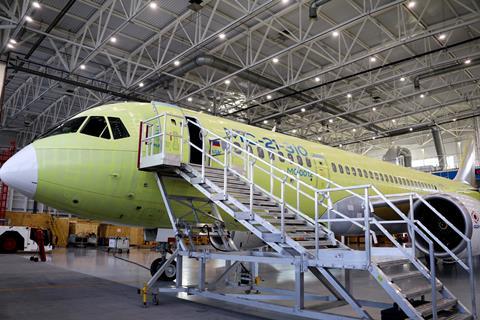 Irkut says the fuel system of the -310 has been tested for leaks, and the PD-14s have undergone tests under standard conditions, along with the auxiliary power unit and engine-related systems on the aircraft.

He adds that certification tests of the MC-21-300 are continuing, and that the developers are aiming for a Russian type certificate by the end of 2021.

“Then we look forward to validation according to the European standards of the European Union Aviation Safety Agency,” he states. 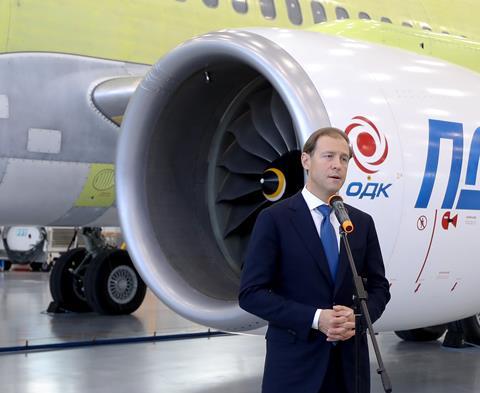