Airbus will enter this year’s aeronautical salon at Le Bourget for the first time with the A380 representing a part of its history rather than a part of its future. Centre stage at the major air shows for much of the past 15 years – physically, if not in terms of business activity – the aircraft has been a symbol of the airframer’s struggle to prove itself a true match for US manufacturer Boeing.

With its A320 family, Airbus achieved undeniable success. But it coveted a twin-aisle aircraft range that could challenge its rival at all levels, including the high-capacity sector Boeing had monopolised for more than three decades.

This year, though, Airbus’s new management line-up – at the airframer’s home ground show – will not be trying to convince audiences of the A380’s market appeal. Gone will be familiar graphs of projected airport congestion and computer-generated interior configurations. Instead, the leadership team will aim to demonstrate Airbus’s capacity to compete in the long-haul sector at a time when its adversary is maintaining its resilience.

Airbus’s newly-appointed chief executive, Guillaume Faury, kept his views on the widebody contest brief when the company unveiled its first-quarter financial results: “It’s been a very competitive situation with Boeing and we expect this to continue.” 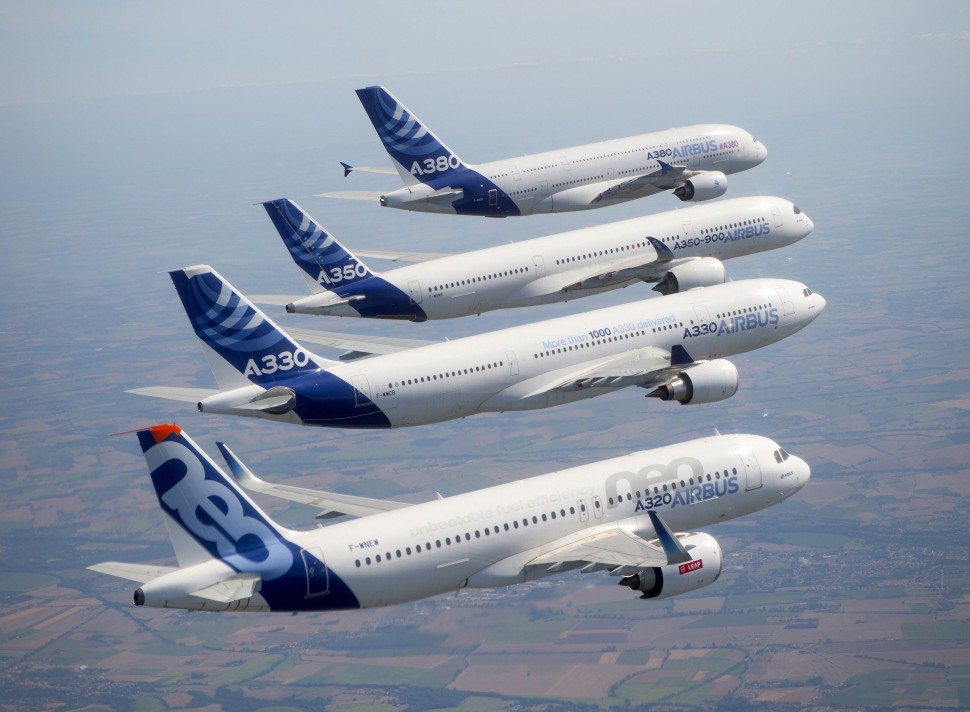 Faury was spared inheriting the A380 by his predecessor Tom Enders who, in February, put an end to Airbus’s ambitions to replicate the success of the 747 with a humbling decision to cease production of its double-deck behemoth. But Faury is left with the task of rethinking and reshaping a long-haul strategy proven, by the demise of Airbus’s flagship, to have been expensively flawed.

Airbus achieved unquestionable success with the original A330 – more than 1,500 had been ordered by the end of March this year – but its focus on the A380 left it vulnerable to Boeing’s efforts to develop an advanced 250-seat twinjet family that ultimately became the 787. Having had its A340 programme undermined by the twin-engined Boeing 777, Airbus was forced to acknowledge that its only other flirtation with a four-engined design was equally cursed.

Enders summed up the situation well as he confirmed plans to end production in 2021: “There has been speculation for years whether we were 10 years too early with the A380. I think it becomes clear that we were probably at least 10 years too late, or more.”

Airbus was late to counter the 787, and a tepid response to its initial proposal – a two-variant A350 family, largely resembling a re-engined A330 – spurred it to come up with an all-new alternative, in the form of the A350 XWB. The irony, of course, is that Airbus subsequently adopted a re-engined A330 as part of its long-haul strategy, intended to complement not just the A350 on the upper side, but also the longer-range A321neo on the lower.

Airbus will want to ensure that its efforts at the Paris air show serve not to highlight the absence of the A380, but to convey confidence in its remaining long-haul portfolio. This will be particularly true in view of the fact that the airframer’s first quarter was marred not only by the termination of – and loss of orders for – the A380, but also the coincidental hefty cancellation of A350s ordered by Middle Eastern carrier Etihad Airways.

Emirates, which had practically sustained the A380 programme on its own, offset some of Airbus’s start-of-year gloom with a promise to take A330neos and A350s instead, while Lufthansa and Taiwanese start-up Starlux Airlines confirmed A350 agreements.

Although Airbus will find these commitments for more than 100 long-haul aircraft encouraging, they are only partial relief from a sector which has been under pressure. FlightGlobal analysis reveals that the Airbus’s long-haul business suffered more than 250 cancellations in the five full years from 2014-18, a figure equivalent to a third of its gross order total.

Its long-haul backlog fell by 220 aircraft – or around 17% – over the period, even as the airframer was benefiting from the 2014 launch of the A330neo. That move enabled the manufacturer to offer eight variants of three long-haul types, including the A330 freighter and two versions of the A330neo.

The A350, despite its false start, had logged an impressive order backlog of 812 aircraft by the end of 2013. But this figure increased by only 82 in the subsequent five years. Analysis of Airbus’s official backlog data shows that 148 A350s were cancelled over the period, spread relatively evenly across the original three family members. Fifty-six arose from the shelved A350-800 programme, but the -900 and -1000 registered 47 and 45 respectively.

Total A330 orders increased by more than 420 during the five years. While the launch of the A330neo programme contributed 238 of these aircraft, the conventional A330 variants accounted for the other 183. Airbus recorded 77 cancellations across the A330 family, including 14 A330neos.

The A380 programme accounted for 28 cancellations.

But the US airframer does not appear to have suffered the same level of order cancellations as its rival. FlightGlobal calculations put the widebody cancellation total at 166 aircraft – equal to 14% of gross widebody orders – of which 132 were from the 787 programme. The 777, for which Boeing is developing the successor 777X family, recorded 19 cancellations and another 15 affected the 747.

Boeing’s 767 stood up particularly well, with zero net cancellations, although the 134 orders for the type did not come from the passenger sector but from a mix of cargo customers and the US Air Force for its tanker fleet.

Leasing company Avolon warned earlier this year that the widebody market “remains under pressure”, and predicted that airframers are likely to trim production rates.

Airbus had already opted to cut A380 output to eight aircraft this year even before the closure of the programme, and bring A330 manufacturing down to 50 aircraft as it transitioned to the A330neo. The production rate for the A350 has, however, steadily increased and Airbus reached its target of 10 aircraft per month in the fourth quarter of last year.

While both Airbus and Boeing have endured a substantial whittling-down of their widebody backlogs, their single-aisle operations, bolstered by re-engining programmes, have bloomed.

Airbus’s A320-family backlog expanded by more than 40% during 2014-18, increasing by more than 1,750 aircraft. The airframer logged 570 cancellations. Over the same period the backlog for the Boeing 737 increased by 28%, with 658 cancellations. 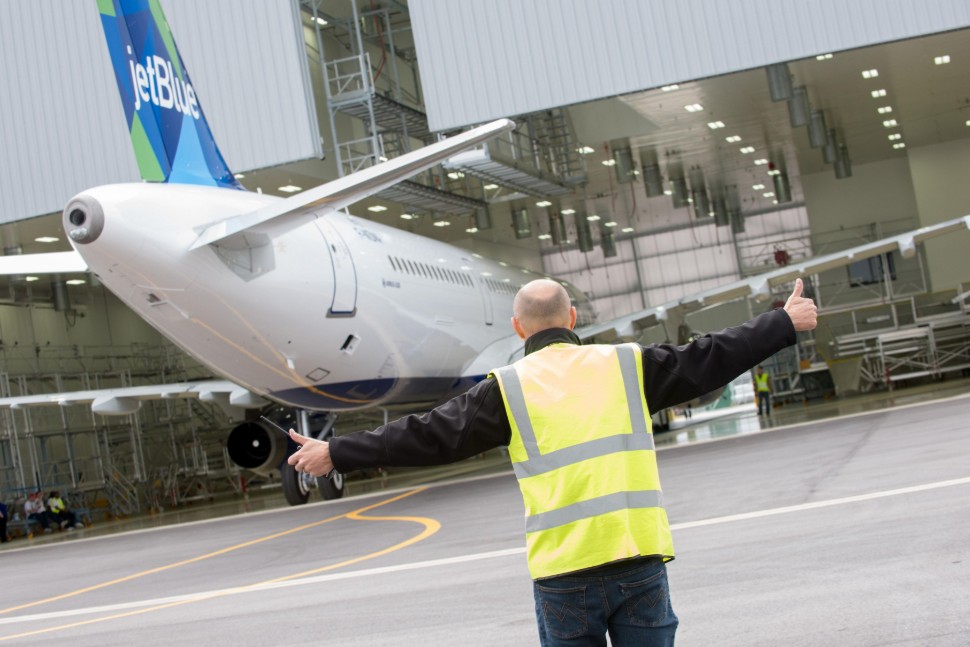 Boeing will arrive at the Paris air show having regained, by way of a technical knock-out, the upper hand in the high-capacity end of the twin-aisle market, with its first 777X – complete with characteristic folding wing-tips – assembled, and a crucial further endorsement of the type secured in the form of its order by British Airways.

Airbus is unlikely to resist any opportunity to show off on its home territory – but it has yet to reveal the extent to which long-haul orders will contribute to its performance at Le Bourget, and whether it is prepared to regroup its forces to mount a new challenge against its competitor in the gap vacated by the A380.

But with Boeing’s New Mid-size Airplane still awaiting the go-ahead, and Airbus trying to close out the NMA with the pairing of its A330neo and A321neo – an effort which appears increasingly likely to feature a longer-range version of the single-aisle jet – the most interesting strategic arena might be neither the long- nor the short-haul market, but the grey area between them.