In the future, it’s is going to be much, much darker – at least inside the cabin of some Boeing 777Xs. Gentex, the supplier of the electrochemically dimmable windows (EDWs) for the 787, is going to supply Boeing with a third-generation of its light-to-dark glass, which gets far darker – and transitions far quicker – than the earlier versions used on the aircraft. 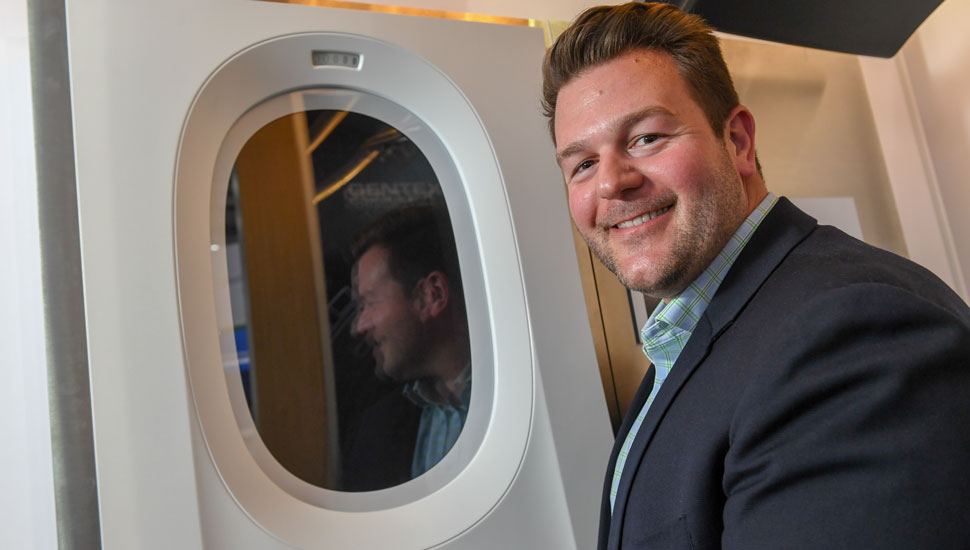 Sales director Mike Behm says the latest Gentex EDW is sure to resolve customer criticisms of the 787 product, by turning virtually opaque in just a few seconds. The windows block a claimed 99.999% of sunlight – all, says Behm, but a direct view of the Sun itself, or maybe a glint off a wing. The difference in speed and darkness was “clearly” visible in a comparative display at the Gentex stand.

The new product, he says, turns an “order of magnitude darker” than the generation two product released in 2015, and has been “ready to go” since it was introduced earlier this year. Boeing is its first customer, and will be offering the new glass as an option on the 777X. Unlike with the 787, where Gentex windows are standard equipment, 777X customers will be able to choose traditional pull-down shades in all or part of the cabin.

Gentex, he adds, could supply the product for cabin refits. While the company isn’t geared up to satisfying “low-volume niche deals”, a “major overhaul” could deliver a workable business case.

EDWs can save weight and cut maintenance compared to traditional pull-down blinds, and allow cabin crew to have central control.