All Nippon Airways' first Airbus A380 has completed its maiden flight.

The aircraft was flown from the manufacturer's final assembly line in Toulouse to its site in Hamburg, Germany, for cabin interior installation and exterior painting, says Airbus.

Scheduled for delivery in early 2019, the jet will initially be deployed on ANA's Honolulu route from Tokyo, bearing a special Hawaii-themed livery, adds the airframer. 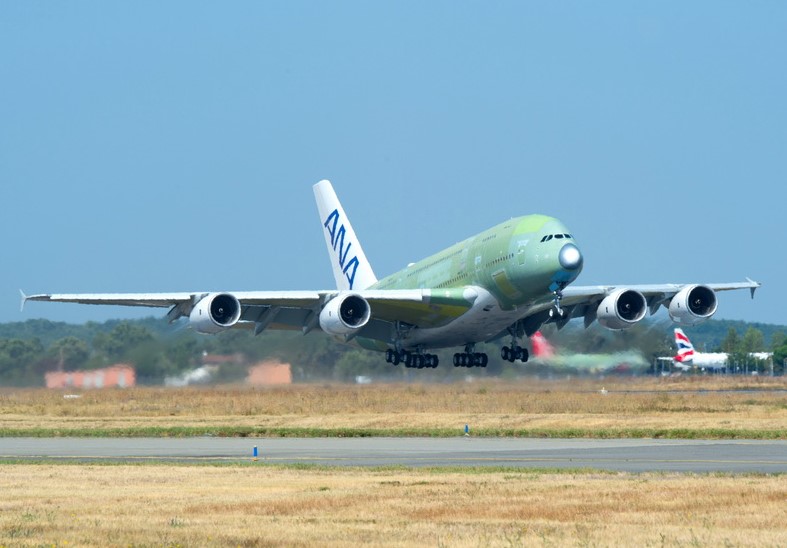 In 2016, the Japanese carrier ordered three A380s, to be powered by Rolls-Royce Trent 900 engines.