Etihad Airways has marked the opening of the new runway at Velana International airport in Male by operating an Airbus A380 to the Maldives' capital.

The runway – 3.4km long and 60m wide – is the Indian Ocean island nation's first that is capable of supporting the double-deck type, notes Etihad.

It says the special flight was piloted by a Maldivian first officer, Ali Ahuson. 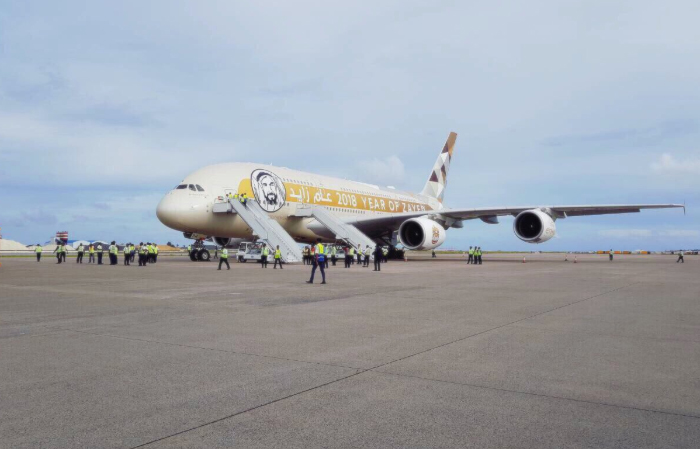 An image released by the Abu Dhabi carrier shows the aircraft adorned with a livery honouring Sheikh Zayed bin Sultan Al Nahyan, who presided over the formation of the United Arab Emirates. One hundred years on from his birth, 2018 has been designated the "Year of Zayed".

Flight Fleets Analyzer shows that Etihad has 10 A380s in service.

Its A380 configuration accommodates 496 passengers: two in "Residence" suites, nine in first-class, 70 in business and 415 in economy.