Aeroflot Group board to discuss redemption of A330 leases

Aeroflot Group’s board is to discuss the possibility of early redemption for leases on Airbus A330s by the Russian flag-carrier.

Only one appears to be in service, operating long-haul routes including the domestic Moscow-Yakutsk connection.

Aeroflot’s agenda for an upcoming board meeting on 25 April states that the directors will discuss exercising the “right to early redemption” on eight of the A330-300s held on financial lease.

All the A330s in the carrier’s fleet are about 10 years of age, according to Cirium data. 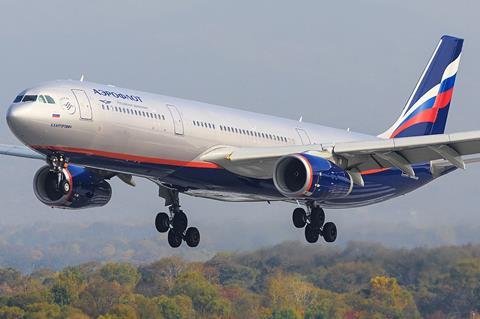 Aeroflot has 12 A330-300s but most are currently inactive

Aeroflot originally agreed to introduce A330s in 2007, opting initially for the shorter -200 variant, to provide interim capacity ahead of A350 deliveries.

Aeroflot Group’s board will also discuss a charter transaction for aircraft operated by its carrier Rossiya in relation to the tour operator Biblio-Globus.