It has been delivered with an all-white fuselage and fin, because it is to be inducted into the carrier’s maintenance division, Austrian Technik, for cabin refurbishment and painting.

Part of a Lufthansa Group order, it is one of four A320neos to be introduced to the Austrian fleet by spring next year.

Commercial flights with the twinjet are scheduled to commence in mid-October. The aircraft will be operated mainly on continental routes, says the carrier.

Austrian will take the second of its four A320neos in October. 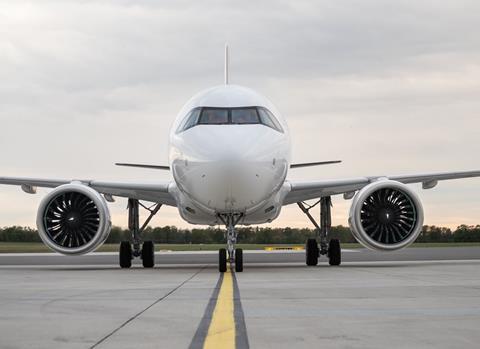