Ethiopian Airlines has emerged as the customer behind an order for five Boeing 777 freighters previously attributed to an unidentified operator.

The African carrier is already a 777F operator, having previously ordered eight directly from the airframer.

“While cementing our partnership with Boeing with new orders, the growth of our freighter fleet takes the capacity and efficiency of our shipment service to the next level,” he adds.

Boeing had orders for 28 777Fs listed against unidentified customers at the end of April. 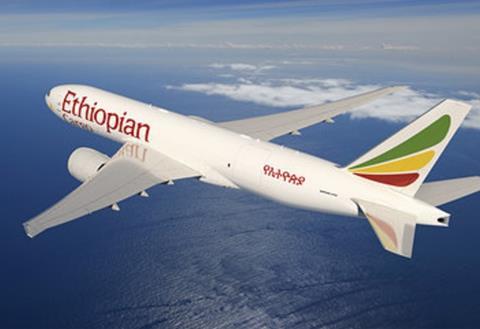 Ethiopian is already an operator of the 777F, which is based on the -200LR airframe

Ethiopian Airlines had recently signed a provisional agreement to acquire five Boeing 777-8Fs, based on the 777X aircraft family.

“We always strive to serve our customers with the latest technology aircraft the aviation industry could offer,” insists Tasew.

General Electric GE90 engines are fitted as standard to the 777F, while the -8F will be equipped with GE9X powerplants.