Airbus has shown off the -900 aircraft, MSN270, with the carrier’s blue fuselage and Italian flag-themed fin.

ITA had previously stated that it would include leased A350s as part of its initial fleet, at least some of which will be sourced from Kuwait’s ALAFCO.

The airline has ordered 28 aircraft directly from Airbus, comprising 10 A330-900s plus 18 single-aisle jets.

ITA also signed an agreement last year to take 31 aircraft from US lessor Air Lease, among them five A330-900s. 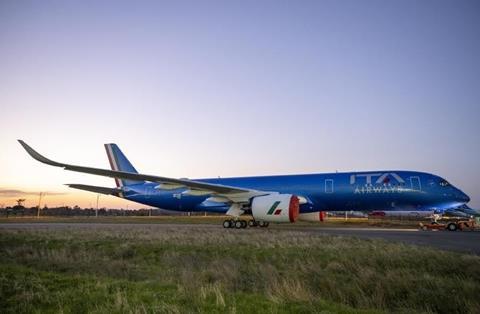