Gulf carrier Kuwait Airways is to open services to a second UK destination, with flights to the city of Manchester.

The airline will operate three-times weekly to Manchester from 1 May.

Kuwait Airways will deploy Airbus A320neo twinjets on the route, according to information from its reservations system.

“Kuwait Airways is proceeding, according to well-thought-out and effective plans, in moving forward towards expanding its network of operations around the world,” says chief executive Maen Razouqi.

He says the expansion will cover “new and diverse” destinations. 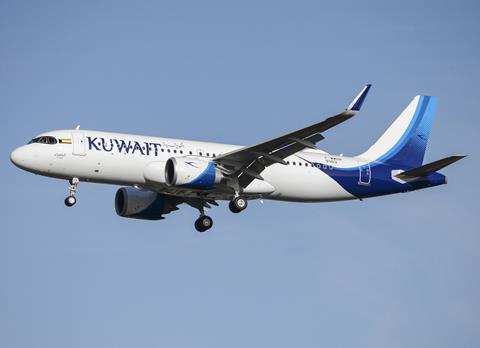 Manchester is viewed as an important tourism destination in the summer season, Razouqi adds, for which demand has increased.

Kuwait Airways is developing its network as it seeks to modernise its fleet with the introduction of A321neos – including long-range variants – as well as A330neos and A350s.

He says that, along with being a holiday destination, Manchester is a centre of university education and the new route will assist students to study in the UK.