Berlin Brandenburg airport is set to open at the end of October 2020, the new hub’s operator has disclosed.

Berlin Brandenburg airport is set to open at the end of October 2020, the new hub’s operator has disclosed.

It has fixed a date of 31 October 2020 for the long-delayed opening.

The airport’s chief executive, Engelbert Lutke Daldrup, has formally informed the supervisory board of the schedule. 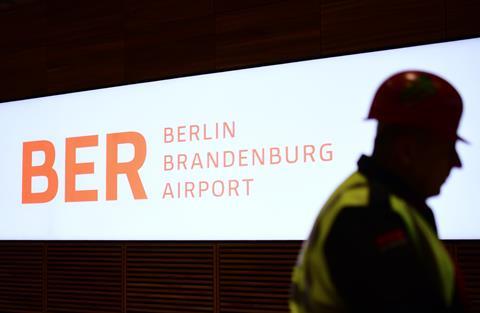 All flight operations will move from Tegel to Brandenburg in three stages.

Commissioning of Brandenburg, with its northern runway, will take place on 31 October. This will be followed by the opening of the southern runway on 4 November.

All services will have been transferred by 8 November, at which point Tegel airport will be closed to scheduled flights.

FBB says the opening date for the new hub was fixed after “intense” discussions over the readiness of Terminal 1.

It has been encouraged by recent systemwide function tests of the terminal and indicated that a timeframe of October 2020 remained realistic.

Construction progress on Terminal 2 has “developed well”, it adds, with installation work started for the baggage-handling system.