Russian carrier Smartavia is to switch to Airbus A320neo twinjets next year, planning to lease three of the type to expand its fleet.

Smartavia – which was formerly known as Nordavia – is an all-Boeing 737 operator, with 14 aircraft.

“The company’s development strategy forecasts an increase in passenger traffic in the post-pandemic period and we must be ready for this,” says chief executive Sergei Savostin. 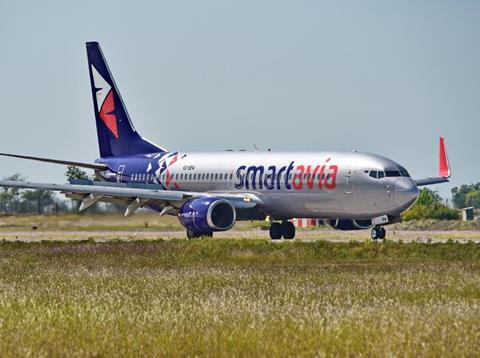 Smartavia operates a fleet of 737s including the -800 variant

Smartavia aims to introduce three A320neos in 2021, in order to increase annual passenger numbers to 3 million.

“Mastering new technology will require additional resources and efforts from us,” says Savostin.

“But, as a result, we will obtain even newer and more efficient aircraft that will allow the airline to achieve significant operational and financial results.”

The Arkhangelsk-based carrier, which rebranded as Smartavia in March last year, will concentrate on scheduled flights within Russia and abroad, along with charter activities.