More than 10 unsolicited approaches expressing interest in South African Airways have been received from potential investors and partners.

“[We have] been busy assessing the interests from several unsolicited local and international strategic equity partners,” the department says.

SAA underwent a prolonged business rescue programme which resulted in a strategic plan for the company being approved by creditors in mid-July. 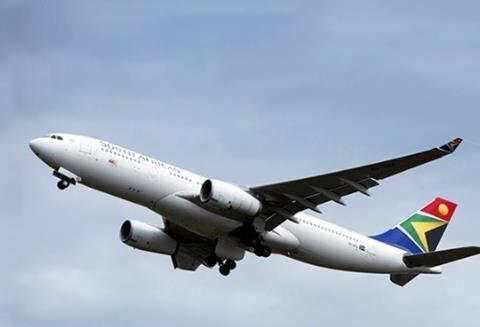 Around 1,000 personnel will be retained to relaunch the airline

The department claims it has been working “around the clock” to finalise the rescue process after stating, earlier in August, that all the conditions for implementation had been met.

It says it believes investments in the airline and its subsidiaries will “help support key economic sectors, including tourism” and “solidify” the country as a gateway to international markets.

SAA is being overhauled in four phases, it adds. Some 1,000 personnel will be retained for the restructured company, with another 1,000 placed on a social plan for integration as the airline expands. The remaining staff will be granted a voluntary severance package.

A smaller board – with members including a chief risk officer, chief operating officer, and chief information officer – is being appointed.

The process of raising funds and investment in the new carrier will be assisted by a transaction adviser, which the government has already identified.

This adviser will also assess the unsolicited expressions of interest from private sector investors and partners. The department says it had received more than 10 such unsolicited approaches by the beginning of this month.

Creation of a revamped SAA, the fourth phase, will result in an airline in which the department will maintain “a certain level of presence in the ownership”, it says.

Operating a modern fleet with various density options, it adds, the carrier will have a network structure based on the “right routes, at the right times, and at competitive prices” – one which ensures high aircraft utilisation and connectivity through hubs.