Turkish A350 agreement becomes highlight of Airbus activity in May

Turkish Airlines provided the highlight for Airbus orders during May, following through on its indication that it would take additional A350s.

The airframer has recorded an order for four A350-900s from the carrier, in a month of relatively little activity.

Turkish Airlines had signalled in May that it would commit to six additional A350s having previously trimmed its orders to 20 from the original figure of 25.

Airbus has also secured an order from a private customer for a single A220-100 – likely to be the corporate ACJ TwoTwenty version of the jet.

The airframer did not list any cancellations, which meant net orders increased to 191.

Airbus achieved deliveries of 47 aircraft in May, taking the total to 237 for the first five months of this year. 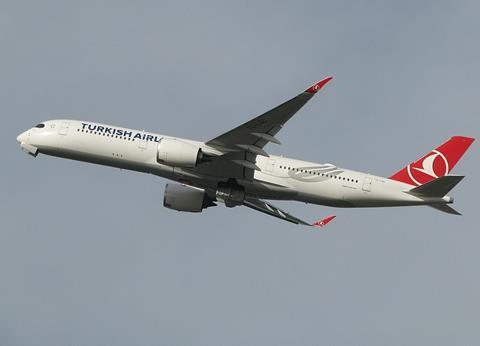 Turkish Airlines is rebuilding its A350 order backlog