Ural Airlines has revealed a pre-tax loss of RB4.5 billion ($61 million) for the first nine months of the year, as Russian air transport embarks on its recovery from the pandemic crisis.

The figure, to 30 September, contrasts sharply with the previous year’s Rb3.4 billion profit for the same period.

Ural Airlines’ revenues were down 40% to just over Rb40 billion and the airline turned in a net loss of Rb4.3 billion, according to figures it has released under domestic accounting standards.

Although there are signs that Russian civil aviation has been improving, figures from federal regulator Rosaviatsia show passenger numbers fell by 47% over the first nine months of 2020.

Ural Airlines fared better than this, with passengers down by 39%. 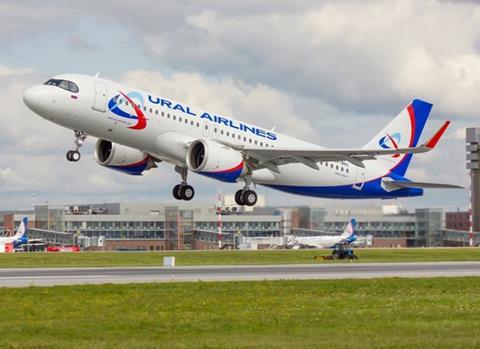 It is one of the five leading Russian carriers – along with Aeroflot, Rossiya, S7 Airlines and Pobeda – which together accounted for 36 million passengers, a reduction of 43% over the period.