Wizz Air optimistic that 2021 will be ‘transition’ year

Central European budget carrier Wizz Air is expecting travel limitations to continue impacting capacity levels over much of the its fiscal fourth quarter – the three months from January to March – but adds that 2021 will be a “year of transition” as restrictions ease.

Revenues for the quarter slumped by 76% to just under €150 million, Wizz having transported just 2.2 million passengers compared with over 10 million in the same period of 2019.

It has not provided any further financial forecast for the full year.

But chief executive Jozsef Varadi insists the carrier has exercised “relentless discipline” on cost and cash-management, while maximising cash returns on flights it has operated. 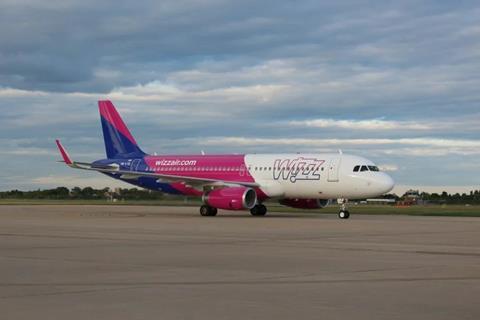 “We remain focused on optimising our cost structure and cash burn,” says Varadi.

The company ended the quarter with total cash of €1.2 billion and has recently reinforced its liquidity with a €500 million bond issue.

Varadi says the airline is “even better positioned” to address the uncertainties in the air transport sector.

He believes that, with developments in vaccination against the pandemic, this year will “be a transition year out of the crisis”, and states that Wizz is concentrating on emerging as a “structural winner” through the initiatives it is putting in place.

“Our confidence has meant we have continued to invest in our fleet, in our network, and in the leadership and governance of the company,” he says.

Wizz has expanded its all-Airbus fleet to 137 aircraft, with five arriving during the third quarter, and extended the number of stations from which it operates – without, Varadi claims, materially increasing the airline’s overall cost base.