Things are looking up for Europe’s embattled general aviation community.

The years of impassioned lobbying aimed at raising the profile of this huge sector and easing the regulatory burden on the operators of its 40,000+ aircraft fleet are finally paying off.

Late last year, EASA answered the calls with the publication of a GA Roadmap in which its sets out plans to simplify and moderate the rules for light aircraft through a performance-based regulation (PBR) approach.

Patrick Ky, the agency’s director and long-time GA proponent, admits that in the early days of EASA, this sector was saddled with a “light” version of commercial aviation rules, which he believes are totally inappropriate and need completely redrafting, especially at the relatively low-tech leisure and private pilot licence (PPL) training end of the spectrum.

Under Ky’s stewardship, the agency is looking to simplify a number of key areas, including pilot training, maintenance, aircraft and systems certification and oversight

“GA is a high priority for EASA, which recognises that existing regulations may not necessarily be proportional to the risk exposure of GA,” says Trevor Woods, EASA’s standardisation director. “This roadmap will change the way we work with the industry. We are listening to you.”

Woods' declaration is welcomed by the GA community, but for for many, EASA's blueprint does not go far enough. It will do little, they argue, to revitalise an industry that is still reeling from more than six years of economic austerity.

“The roadmap is largely limited to leisure flying and initially to aircraft under 2,000kg [4,400lb]. In order to revive the struggling GA industry, it needs to apply the same principles across the light aircraft sector,” says Martin Robinson, senior vice-president of the European arm of the International Council of Aircraft Owner and Pilot Associations.

IAOPA represents the interests of more than 23,000 members at regulatory bodies including the European Commission, EASA and Eurocontrol.

“This industry won’t fully recover until flight activity grows throughout the sector,” adds Robinson, who is also chief executive of AOPA UK.

A great deal of work still needs to be done at grassroots level, he argues, to bolster the GA community. “There simply aren’t enough people flying and the knock-on effect of this inactivity is reverberating across the industry from aircraft manufacturers and flight training schools to flying clubs and aerodromes,” he says.

He cites the rapid decline in the numbers of private pilots' licences issued in the UK – one of Europe’s largest GA markets, with a fleet of over 8,000 aircraft – to illustrate his point.

In 2005, the UK CAA issued about 3,500 PPLs, notes Robinson. “That number fell to 2,500 in 2014 and fewer than 40% of pilots are renewing their licences,” he adds. These statistics are mirrored by a recent CAA study, which found that flying activity at flying schools and aerodromes across the UK has declined by around 40% since 2005. 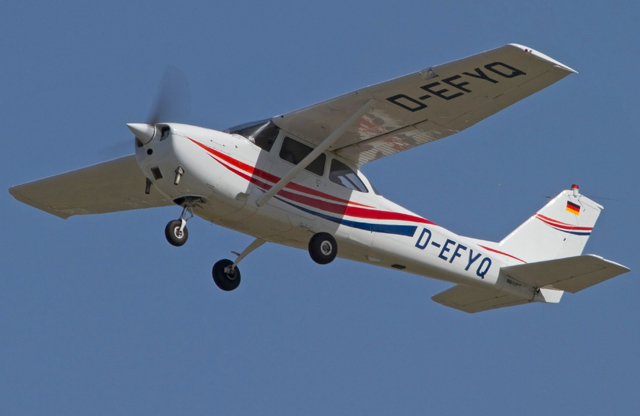 The extent of the industry decline in the UK was put into sharp focus in a government-sponsored study, published on 28 March. It revealed that the economic value of GA to the UK economy has dropped by half to $1 billion since 2005 because of the declining numbers of participants.

“GA activity has simply fallen off a cliff,” says Stephen Slater, vice chairman of UK pressure group the General Aviation Awareness Council. “The impact of this decline has also been felt acutely by the country’s aerodrome community,” he adds.

The UK, perhaps more than any other country in Europe, has witnessed a systematic decline in its airport population in recent years. “It’s hard to believe there was an impressive wartime legacy of over 680 airfields,” Slater adds.

Over the three decades the number of licensed landing sites has declined at an accelerated pace. “I’ve now been working on airfield planning issues for a little over three years. In that time, seven sites have ceased operating and a number of others are now under threat from housing developers and other planning issues such as wind farm development,” he adds.

Pansanger aerodrome, for example, has been sold to developers who are planning to build 700+ houses on the site, which is 40km (25 miles) from London. “These aerodromes are situated in prime locations and the land can be sold for a high price,” says Robinson.

GAAC regularly has to confront planning applications to place large wind turbines near aerodromes. “As all the primary wind farm sites have been used up, some developers are trying to site their [units] close to airfields, which can be very dangerous, given the downwind turbulence of some of these huge turbines,” Slater says.

The precarious situation of the UK’s aerodromes illustrates the seriousness of the situation for GA.

While EASA is seeking to address many of the industry’s GA community, little is being done to encourage people to take up flying. “Without the pilots, you don’t have an industry,” says Robinson, “but the cost of continuing to fly or taking up flying has simply become too prohibitive for many.”

The implementation of Part M maintenance regulations and the continuing airworthiness management organisation (CAMO) system have proved costly for many owners and training companies. “The CAMO has not only driven up maintenance costs by 25% on average for traditional fixed-wing aircraft – more for rotary types – it has contributed to the decline in the number of hours flown because administration is soaking up so much of the available cash,” says Robinson.

While EASA is now seeking to remove the requirement for a CAMO for aircraft weighing less than 2,000kg, as part of the Roadmap, the rule will continue to apply to all aircraft above this weight and all commercial flight schools, regardless of the aircraft’s weight.

Affordability is a key ingredient to driving up pilot numbers and subsequently reigniting the fragile GA industry. “The passion for flying is still there,” Robinson argues, but many prospective pilots are opting for kit planes, microlights and motorgliders, which are not subject to the same stringent regulations as their certificated counterparts and are far cheaper to purchase and operate.

“Traditional aircraft such as a Piper Arrow will cost around £180 [$270] per hour to hire. Compare this to £120 for a microlight and £70 for a self-launching motorglider and you can see why many traditional manufacturers and training schools are struggling,” says Robinson.

He believes incentives such as tax breaks on fuel or flight training will also help to drive down the cost of flying and stimulate business. “The UK government hails the success of the country's film industry, which, like the GA industry, was worth £l billion to the economy last year. Unlike GA, however, this sector is offered tax breaks and incentives to help it grow. We are given no financial support at all,” says Robinson.

Slater agrees: “What is keeping the fires burning across many parts of this industry is the dedication and passion of the people working in it,” he says.