ANALYSIS: What is the future for 3D printing in aerospace?

Making parts for a jet engine using a 3D printer is – despite what you may hear – not cheap. The powder used by the printer to build up the part – layer by microscopic layer – is expensive, and the 3D printer itself has a seven-figure price tag. Plus, the component still requires costly finishing work after it emerges from the additive manufacturing process.

However, that has not stopped aircraft and jet engine manufacturers switching from castings to 3D printing on a limited – but increasing – number of parts, including some load-bearing and hot section components.

Pratt & Whitney vice-president of technology and environment Alan Epstein can explain the appeal – despite the cost.

"Is [3D printing] a cost-effective process? Well, luckily for additive people, everything in a [jet] engine is really expensive, and so it can be attractive for the right part," Epstein said, addressing a mid-April meeting of the Washington DC chapter of the Royal Aeronautical Society.

Additive manufacturing – a process that forms a 3D part in tiny layers from a digital model – is a buzzword. Entire panels at manufacturing conferences are invited to debate topics such as "Does 3D printing change everything?" The process has also created new wedges in industrial strategy between aerospace companies, with some taking a long-term view of additive manufacturing's potential and others seeking to push as many parts as possible into production now.

The potential of 3D printing is especially embraced by Epstein's competitors at General Electric. One executive at GE/Snecma joint venture CFM International predicts that 3D printers will fabricate 25% of the parts in a jet engine within a "number of years". GE has already committed to build the cobalt-chrome fuel nozzle of the Leap-1 engine family using 3D printers inherited from the acquisition of Cincinnati-based Morris Technologies – a pioneer in the field of additive manufacturing. 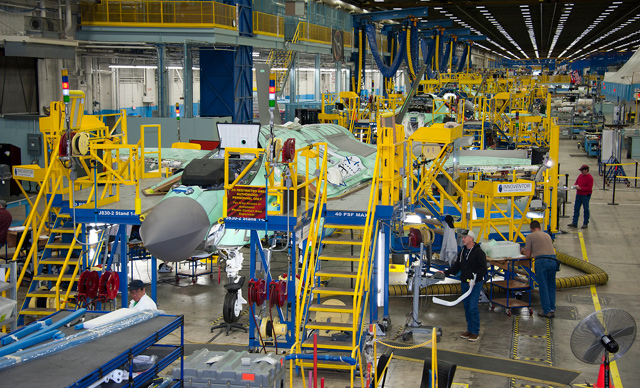 If GE decides to use ceramic matrix composites for the turbine blades of the GE9X engine for the Boeing 777X, chief executive David Joyce says the intricate cores of the blades could be made using moulds fashioned by 3D printers.

Although P&W uses 3D printing in commercial engine production, the company takes a more sceptical view of the near-term potential of 3D printing.

"In 20 years will it be in a lot of places? Absolutely," says Epstein, answering his own question. "Will it be transformational? More for the one-off projects, I think, because we're going to continue to say [that] safety is number one, value is number two and third is we'd like to make the parts for less than we sell them for."

GE believes it has found a cost-effective manufacturing process for the Leap-1 fuel nozzle, and P&W agrees that nozzles fall within the handful of jet engine parts that can be produced affordably using a 3D printer.

"Near-term parts going into production include pressure vanes, brackets [and] nozzles," Epstein says. "These are parts that for commercial engines are at the moment cost-effective compared to other ways of doing it."

Epstein compares the 3D printing process to "high tech welding". Like welded parts, however, the components that emerge from the additive manufacturing process still require significant finishing work – including annealing, machining and inspecting. "And that more than doubles the cost," Epstein adds.

Additive manufacturing is not necessarily new – a technique called stereolithography was used in the 1980s – but it is still decades from realising its full potential.

However, speaking at the same RAS panel, Vivek Saxena, vice-president of aerospace operations and supply chain at ICF, provided perspective on how little 3D printing is actually used in the manufacturing industry.

Additive manufacturing accounts for 0.0002% of the global manufacturing market – or $2 billion worth of parts, out of a supply of $10.5 trillion produced in a year, Saxena says. The additive manufacturing presence in the aerospace industry is slightly better, but still extremely low at 0.002% of a $150 billion market, he adds. Those numbers reveal the large proportion that aerospace components feature in a fledgling industry, accounting for nearly 13% of all activity.

How far 3D printing could spread in aerospace factories is still unclear, but usage will certainly grow over the next decade as more powerful and reliable printing machines become available.

ICF's forecast illustrates the degree of this uncertainty. Saxena says the value of 3D printed parts produced yearly by the aerospace industry over the next decade could double to $500 million, or leap by an order of magnitude to $2 billion.

ICF has analysed where additive manufacturing has already taken hold. The process is slowly penetrating some of the industry's most advanced programmes, including a wing spar on the Lockheed Martin F-35 and the wing leading edge produced by GKN Aerospace for the Dassault Falcon 5X – a large-cabin business jet unveiled last October.

However, in some areas such as fuel nozzles, ICF is not sure what is motivating engine manufacturers. Saxena notes that manufacturing the intricate components is a sort of "black art" perfected by only a few suppliers, suggesting it is possible that GE is using the possibility of 3D printing to gain better leverage over its suppliers.

A useful model for gauging the adoption of 3D printing could be the industry's slow introduction of composite materials, Saxena says. Usage of composites gradually evolved over 50 years from secondary, non-load-bearing components to complete airframes – and the fuselage of the Boeing 787 today.

Regulatory barriers are another constraint for the supply chain. It is relatively easy for a large manufacturer with self-certification authority to decide to use 3D printing, but it is much harder for a small supplier to persuade the US FAA to approve the process.

As a result, the quickest adoption of 3D printing will be in applications that face the least regulatory scrutiny, such as unmanned air vehicles and experimental aircraft, Saxena says.

A second market that could evolve quickly involves operational aircraft still in service long after production has stopped, Saxena says. These so-called "sunset aircraft" are sometimes difficult to support, decades after the machines made to build their parts have been mothballed. With 3D printing, the lack of an available machine is no longer an obstacle. For example, the cockpit of the Panavia Tornado is now equipped with protective covers on radio switches produced by 3D printers, Saxena says. A similar device makes support structures for cabin crew seats on the Airbus A310, he adds.

Such machines produce products with a quality slightly better than parts made by the casting process, he says.

However, the limitations of existing 3D printers – such as a common printing tray volume measuring 25.4cm (10in) ­by 25.4 cm by 25.4cm – mean that the best candidates are parts designed to be produced using 3D printing from the beginning, rather than a casting or a forging process, Fima says.