Circling silently, several hundred feet above the battlefield – before finding a target and dive-bombing it – exploding unmanned air vehicles (UAVs), also known as loitering munitions, can hit their mark quickly and precisely. They are also relatively cheap.

No wonder, then, that they are becoming popular with armies around the world.

Most of these UAVs come equipped with a grenade-sized munition and are used to kill insurgent soldiers in the fleeting instant when they gaze out of a building window, or light a cigarette on a balcony. That being said, the leading developers of loitering munitions are Israeli defence firms, who have a long history of creating weapons to fight groups such as Hezbollah and Hamas in cities and towns – areas where the Israel Defense Forces have to be careful to limit civilian casualties.

“When you are dealing with counter-insurgency, urbanised type of warfare, you can’t just level four blocks to take out one guy who is popping at you,” says Larry Dickerson, ­unmanned vehicles analyst with Forecast International. “You’ve got to start developing tactics differently, which effects the weaponry you want to use.”

To that effect, Elbit Systems, Israel Aerospace Industries (IAI), Rafael Advanced Defense ­Systems and UVision have each developed loitering munitions products. Outside Israel the other top manufacturer of these weapons is AeroVironment of Simi Valley, California, which has sold its Switchblade to the US Army, US Marine Corps and other unnamed branches of the US military.

Chinese and Russian manufacturers are also in the game, though their work appears to be less advanced, observes Dickerson. “If you are looking at production numbers it’s the Israelis [in the lead]. Everybody else is way behind,” he says. “It’s just because of their environment.” 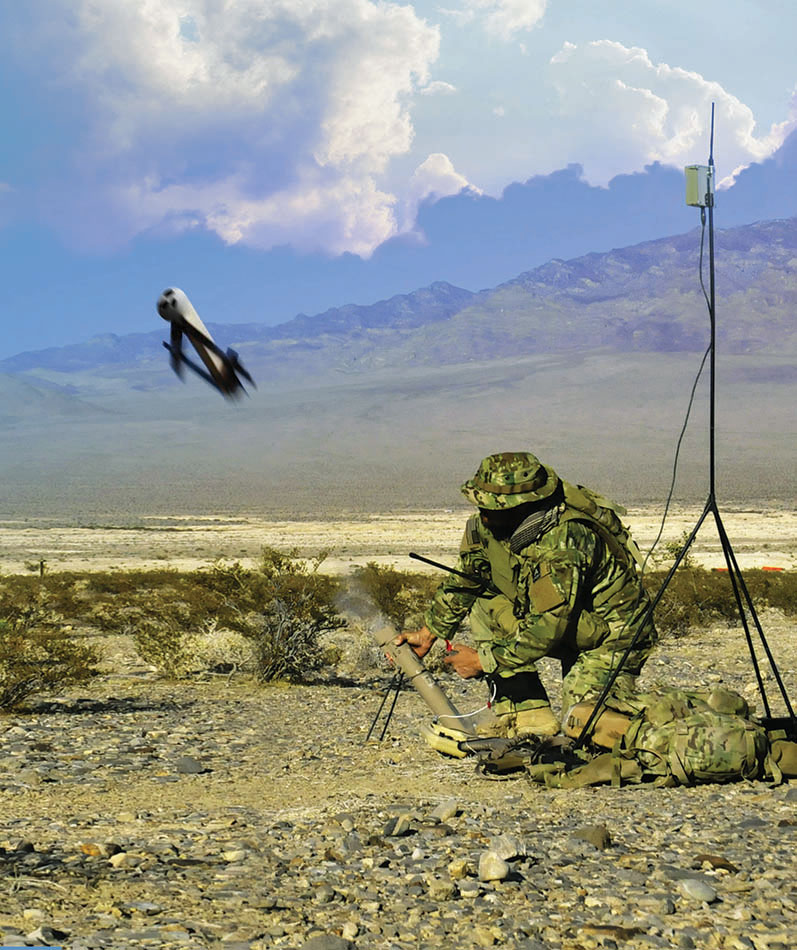 Loitering munitions offer militaries a capability they do not have with other weaponry, says Shane Cohen, UVision’s vice-president of marketing and sales.

“You can attack the target from any angle or any direction,” he says of UVision’s family of Hero loitering munitions, a missile-like UAV with a pusher propeller and gimballed camera on its nose. “Sometimes that’s important, because if you have a vehicle travelling in the road you have to attack it from the direction of the road. You can’t come in from the side through the buildings.”

The UAVs’ ability to quietly wait high above potential targets for hours and then launch a strike within minutes also offers armies attack speed that they cannot get from scrambling a fighter, says Assaf Shechter, director of loitering missile systems at IAI’s missiles division.

“These targets, the time that they are exposed is really short. Mostly they are on the move – [a] relocatable target. They are not fixed assets where their co-ordinates are well known,” he says. It takes time to surveil a target, relay its targeting co-ordinates to the ­closest aircraft and then launch an attack, says Shechter. “Sometimes when you get there the target already is not there,” he says. “The targets are not waiting for you.”

Ordering an air strike is also a laborious and expensive operation, involving a chain of command and support personnel, as well as all of the materiel and fuel needed to fly a modern aircraft. Fourth- and fifth-generation aircraft operations can cost tens of thousands of dollars per hour.

Loitering munitions do not come with a vast support network, however. In terms of size, most anti-personnel munitions can be carried slung over a soldier’s shoulder or put in a backpack. The UAVs are launched using a mortar-sized canister. Such systems typically have an endurance of 15min to 45min, and some can dive at a target at speeds in excess of 100kt (185km/h).

Relatively inexpensive and easy to use, ­loitering munitions have an obvious appeal to tactical units, says Cohen.

For its part, IAI says its loitering munitions start at two or three times the price of a ­Hellfire missile. The air-to-surface Lockheed Martin Laser Hellfire II costs on average $81,200 in fiscal year 2020, according to the Pentagon’s comptroller.

And loitering munitions sales are taking off. For example, AeroVironment has seen its Switchblade sales rise to $49 million for the nine months ended 26 January 2019, up ­nearly 39% compared with the same period a year earlier. The company declines to disclose the UAV’s price tag.

Some manufacturers believe loitering munitions will eventually be used for all sorts of airstrikes on the battlefield, allowing commanders to replace arsenals of missiles and bombs.

For instance, UVision claims its Hero-120 and other larger systems could be used to knock out main battle tanks and other armoured vehicles. The UAV has an endurance of 60min and can carry a 4kg (9lb) anti-tank warhead. It drops onto the top of a tank’s turret, where its armour is thinnest.

“It would be the best solution for [enemy] reinforcement of tanks that are coming in from 10km to 20km away, before you are engaging them with your anti-tank missiles such as Javelin,” Cohen says. “You can really decide the point of attack, which could be some choke point. Take out the first [tank] of the enemy convoy at a choke point. Then one by one pick off the rest of the convoy.”

The company’s medium-sized UAV, the Hero-400, has 4h of flight time and an 8kg warhead. It could be used against concrete buildings, says Cohen.

“It’s a dual-tandem warhead,” he says. “You have a front charge, which can go through concrete wall 20cm [8in] thick, double-reinforced, and a secondary charge coming in to take out the whole floor or room.”

The largest UAV is the Hero-1250, which can carry a 30kg warhead over a 108nm (200km) maximum range. It could be used against strategic targets, including infrastructure, such as air bases, fuel dumps, power stations or bridges, says Cohen.

Ultimately, the future of loitering munitions may be autonomy. IAI’s Harop can be used against anti-aircraft gun or missile ­batteries. It attacks autonomously by detecting the radiation that comes off such systems’ radar domes.

“You set the target. You set the area or ­perimeter in which you want to operate,” says Shechter. “You set the priority, and then you send it there.” 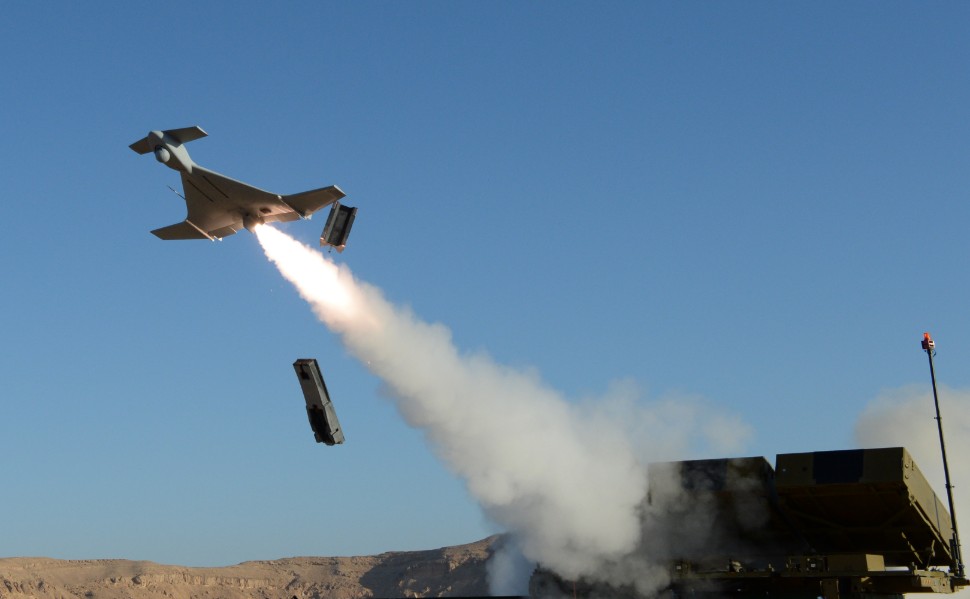