ANALYSIS: The questions around sole-source power and the NMA

A key talking point around Boeing's planned New Mid-market Airplane (NMA) – and there are several – is whether a choice of engines will be offered. And as the trend for sole-sourcing powerplants grows, could the results of Boeing's NMA strategy serve to fast-track more consolidation in the engine OEM sector?

But will the competition be a fight to the death to secure a sole-source deal, or will Boeing break with recent tradition and go for a choice?

The reality is that offering a choice of engines – regardless of the projected market size for the airframe – has gone rapidly out of fashion. The last all-new airliner to be launched by a Western OEM with a choice of power was the Boeing 787 – GE Aviation and R-R in this case. Even derivatives of airframes that previously had a choice of engines – the Boeing 747-8 and Airbus A330neo – now have just one option.

Gone are the days of programmes like the 747 Classic/-400, 767 and original A330, where all three engine makers had a slice of the action. And it was Boeing that probably started the trend, surprising the industry in 1993 with how it structured the 737NG programme to rival the A320.

Rather than adopting the format Airbus was successfully pursuing with the A320 and offering a powerplant alternative from International Aero Engines, Boeing struck a sole-source deal with CFM. Similarly, it opted against a choice on the 777-200LR/300ER family, choosing GE power exclusively, despite having a three-way fight on the earlier versions.

While the OEMs dislike the complexity for engineering development and potential after-sales scenarios that multi-engine options can create, such arrangements have traditionally provided a key negotiating point for airlines by playing one engine OEM off against another. There is also a potential risk with choosing just one powerplant – imagine impact scenarios around the A320neo or 787 engine issues if there were not two engines in the market place.

"If NMA is sole source, lessors will like it, but some airlines may vocally object initially," says Rob Morris, global head of consultancy at Ascend by Cirium. "However, I've not heard anyone complain that the 737 Max or A350 do not give them a choice." 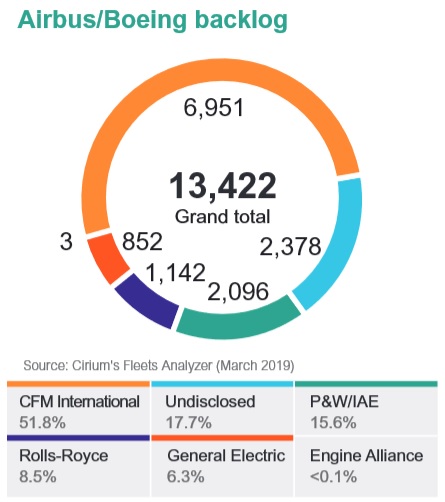 Richard Aboulafia, vice-president for analysis at Teal Group, says he is not convinced that the 787 will be the last dual-engine source platform and ponders how a possible move by Airbus to counter the 777X with its R-R Trent XWB-powered A350 family could be structured: "If Airbus really does follow through on an A350 re-engining, that platform's sole-source status might change."

Aboulafia explains that the appeal to the airframe OEMs of single-source engine solutions is the prospect of up-front "contributions" – and possibly aftermarket ones too – from the chosen engine partner.

"Engine OEMs like them too, since these concessions to the airframers are made good by a drastic reduction in the discounts necessary with multiple engine options. But the third party, the customers, really do prefer a choice both because this mitigates risk, and because of the tremendous discounts [that can be negotiated]." 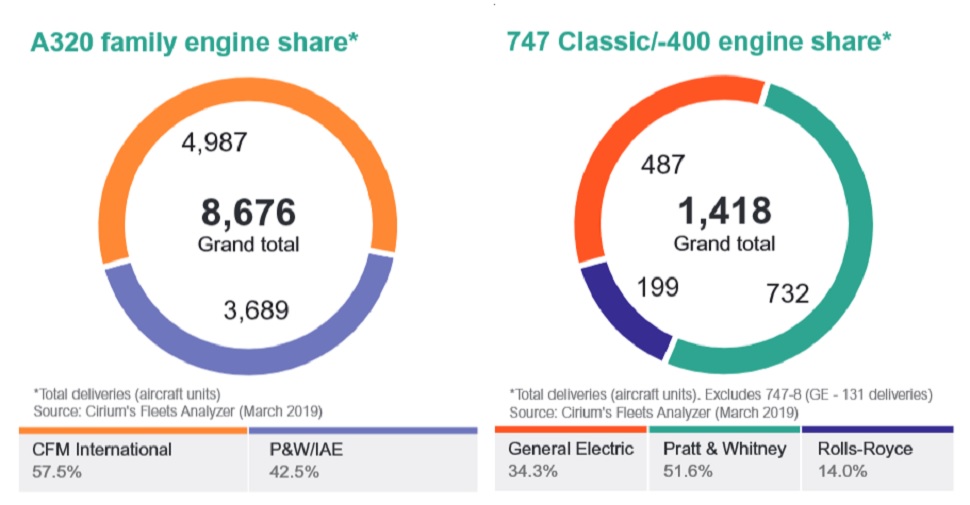 Calling the market size correctly is clearly vital for the engine OEMs when evaluating whether to bid as an alternative supplier on an airframe programme. When airframe sales do not match expectations, it does not make for a pretty picture for engine suppliers which have been fighting tooth and nail for share of a marginal market, explains Morris.

"Having an engine choice, and competition, was good for airlines in terms of incredibly low net engine prices. On a low-volume programme like the A380, this has led to both engine OEMs struggling to recover their investments," he says.

This meant that both R-R and Engine Alliance were seemingly reluctant to throw more money away to secure a contract from Emirates to supply engines for the A380 order that it ultimately cancelled in February, leading to Airbus's decision to terminate the programme. By the time production of the A380 ends with around 251 aircraft delivered, the engine market will be split slightly in favour of Engine Alliance – 130 versus 121 – although R-R will have the larger share of customers.

"The NMA outcome will depend on how much Boeing pushes for low engine initial price and a share of the aftermarket," says Morris. "It does appear that Boeing will force the competition into just being sole source, due to the low returns and high risk for engine makers." 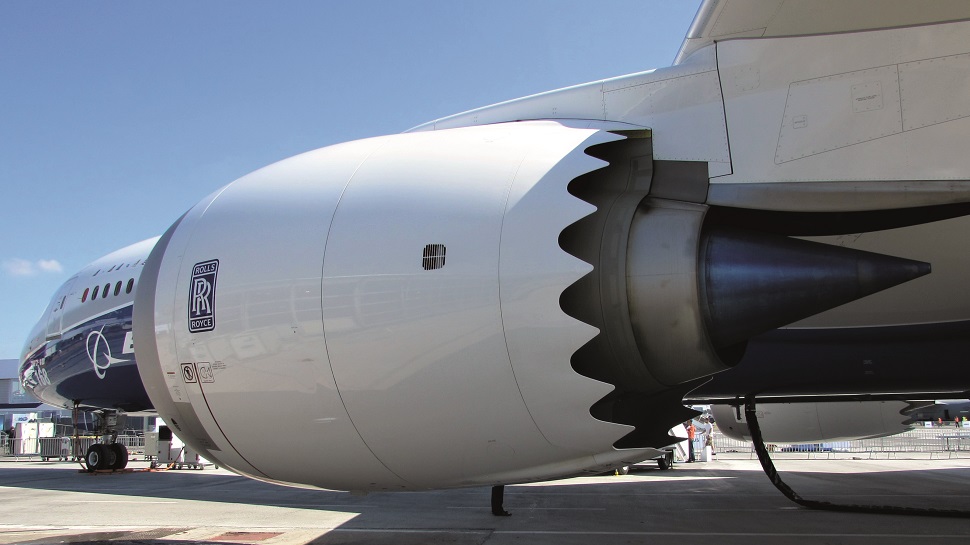 Van Leeuwen describes the NMA as "a bit of an in-between" design as it bridges the single and twin-aisle segments. "Here I would expect a single-source situation with GE/CFM International in the lead," he says. "I believe GE/CFM have made exclusivity part of their offering."

Morris believes that "logically" the aero-engine market will consolidate around two major OEM groupings: GE/CFM versus R-R/Pratt & Whitney. "The NMA decision [should it go to CFM] will likely see P&W finally exiting the high-thrust market, just as R-R has exited narrowbodies."

Aboulafia concurs about possible consolidation: "The idea of an engine merger makes enormous sense. There's an airframer duopoly, so why not an engine OEM duopoly?" he ponders.

"The problem, however, is that GE is too big to merge with anyone. That leaves a Pratt/Rolls tie-up, which is enormously complicated by transatlantic politics, and has been for decades. Hopefully, that will change one day, but not just yet."

Van Leeuwen believes that the rules are different in the single-aisle sector, where market volume and production numbers would enable and justify an engine choice.

"For the next-generation single-aisle, a lot will depend on technology. I expect a further integration between engine and airframe design, especially if open-rotor propulsion is adopted," he says. "It seems the design of such an aircraft will have to be a close co-operation between the airframe and the engine OEMs in order to get an optimal design.

"The most interesting scenario is when there is an 'outsider' in the market, similar to Pratt's situation a few years ago," van Leeuwen says. He believes that like P&W and its geared turbofan, such an outsider could "rock the boat", triggering new technology developments across the board.

"In the single-aisle market Rolls is in this position of an outsider, but with a position in the large engine market and limited financial resources I doubt it will follow a similar 'all or nothing' strategy with, for example, its proposed UltraFan design," says van Leeuwen. "Clearly, GE and Pratt have an interest in stabilising the single-aisle [engine-supply] situation so as to maximise their benefit from the aftermarket parts and services business, where most of the profit comes from."

Of the current crop of Airbus and Boeing mainline airliner programmes, just two types – the A320 and 787 – remain with a choice of engines (excluding A330ceo and commercial 767 'sunset' programmes). The firm backlog for all mainline jets, according to Cirium's Fleets Analyzer, stands at some 13,400 orders. Of these, just under 2,400 aircraft (18%) still have no engine selection announced (including 22 A330ceos). So, whatever happens with NMA and the like, there is still a big open market for the engine OEMs to play for.