The first of the Royal Australian Navy’s Lockheed Martin/Sikorsky MH-60R combat helicopters has been delivered in-country from NAS Jacksonville, Florida, where squadron personnel have been training.

A Royal Australian Air Force Boeing C-17 strategic transport delivered the MH-60R back to HMAS Albatross in Nowra, New South Wales on 14 October, ahead of air trials that are set to take place from the base over the next month. 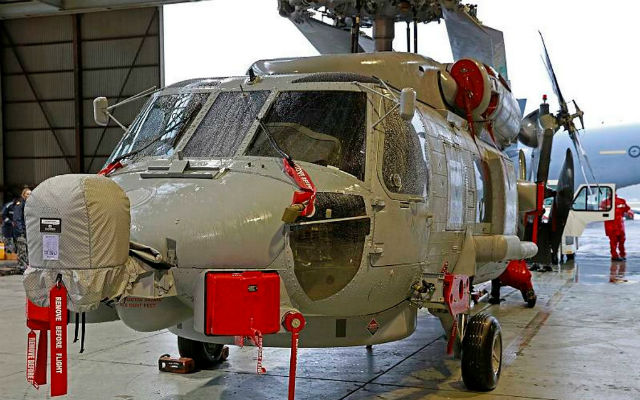 The A$3 billion ($2.7 billion) US Foreign Military Sales acquisition of 24 of the shipborne helicopters saw the first two accepted in the USA by Australia in December 2013. The new fleet will replace Australia’s existing Sikorsky S-70 Seahawks, and the entire fleet is expected to be delivered by 2017.

Training in the USA by the navy's ‘NUSQN725’ pilots, aviation warfare officers and maintainers has been underway since the first acceptance, and the squadron is scheduled to return to Australia in December to be formally commissioned as 725 Sqn. The service received its fifth MH-60R from Lockheed in mid-October, which was delivered to NAS Jacksonville. 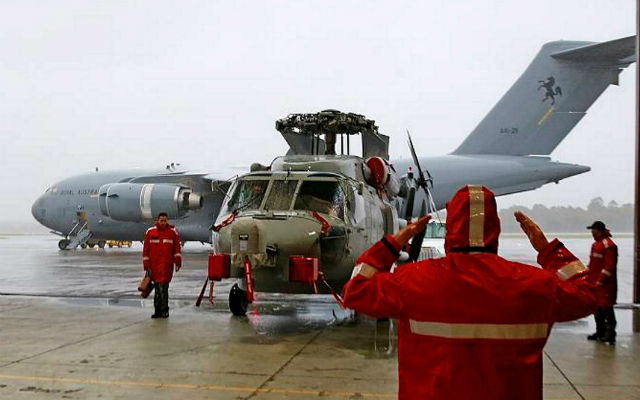 Meanwhile, 21 of the Australian Army’s Airbus Helicopters Tiger armed reconnaissance helicopters are to undergo an interim tactical datalink upgrade, to allow them to receive enhanced in-flight tactical positioning of friendly and enemy forces.

Under the Land 2089 Phase 3B effort, the $20 million upgrade will allow operators to exchange tactical information, which “further integrates the Tiger into the combined arms land force battlespace”, Australia's Department of Defence says. 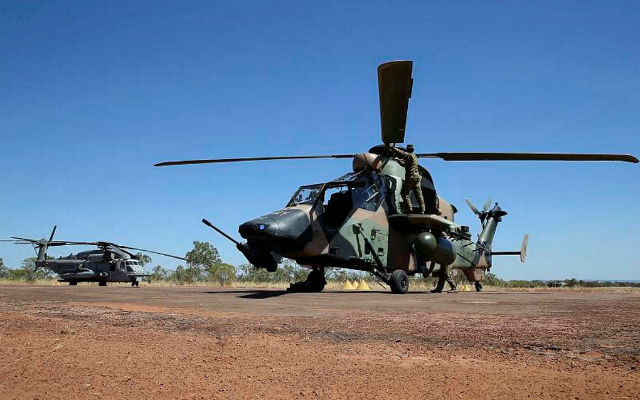 The programme will be predominantly managed by Elbit Systems Australia, the software and battle management system developer, and Airbus Group Australia Pacific, which will conduct the aircraft technical modifications.

The Tigers will be able to share targeting information, coordinate battlefield movements and tactical objectives, transmitting real-time reconnaissance information between the aircraft and land forces, according to the DoD.