A request for proposals (RFP) to launch off Belgium’s search to replace its 59-strong Lockheed Martin F-16A/B fleet is expected “this summer”, with the schedule to allow for a new fighter to be in service by 2025, a source close to the programme has revealed.

Two years ago, Brussels issued a study request to help shape what it would require from a fighter replacement, and defence minister Steven Vandeput announced in late December that through a strategic plan currently being approved, 34 new fighters would be acquired.

According to the programme source, the project will be valued at €3.6 billion ($4 billion) but it is not clear whether the amount includes maintenance and support costs.

An RFP will have to be released by mid-2016 for Belgium to meet its target dates. For deliveries to begin by 2023, a contract will have to be awarded by 2018 to allow for production and testing. A general election in 2019 in Belgium will add to the need to stick to deadlines and award the contract before a potential change of government.

It is expected to be a five-aircraft competition, with the Boeing F/A-18E/F Super Hornet, Dassault Rafale, Eurofighter Typhoon, Lockheed F-35 and Saab Gripen bidding.

Belgium has not expressed a desire to acquire one aircraft in particular, and the source says at this stage the programme appears balanced and fair.

Three European systems are being pitched, which could be appealing to Belgium as the US government shifts focus towards the Asia-Pacific, along with a newly-found interest in preserving European engineering and technology.

The Rafale has seen an export boost in the past 12 months, following successes with Egypt and Qatar, while the Gripen production line is supported to 2030 and could accommodate a new order. A selection by Kuwait in September – which has yet to progress to a firm contract – also appears to have bolstered the Typhoon's order book. 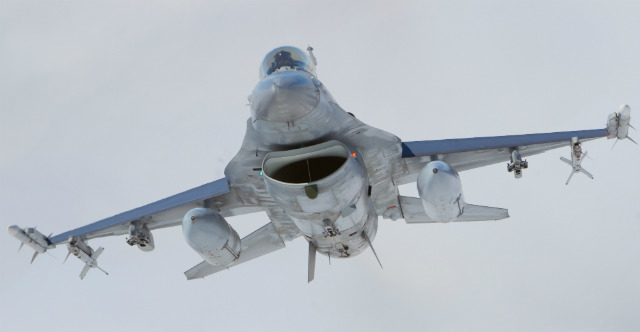 Belgium typically plays a supporting role in international operations, and will continue to do so in coming years. This could help veer the decision towards an aircraft carrying multiple lighter armaments, like the Raytheon Small Diameter Bomb II – something Belgium has expressed an interest in – as opposed to fewer heavy weapons, the source says.

There is an indigenous F-16 support set-up in Belgium so it is expected the armed forces will seek to replicate that with the replacement type, the source notes.

“Belgium is working its F-16s hard – they have played a significant part in NATO frameworks,” the source notes. “In every single case, including Belgium, it comes down to a balance between the political situation, the economic situation, and the operational situation.”