Boeing secures deal for 20 US and Australian P-8 Poseidons

Boeing will supply 16 more armed P-8A Poseidon maritime patrol aircraft to the US Navy and four to the Royal Australian Air Force under a $2.5 billion contract announced this week.

The order completes Canberra’s $4 billion request for eight of the Boeing 737-800-derived anti-submarine warfare aircraft which will replace the Lockheed AP-3C Orions introduced in 1968. It also holds options for an additional four examples.

Spirit AeroSystems plans to deliver the first RAAF fuselage in “early 2016” and the first aircraft is due to arrive in Australia later that year, to deliver full operational capability by 2021, according to the Australian government. 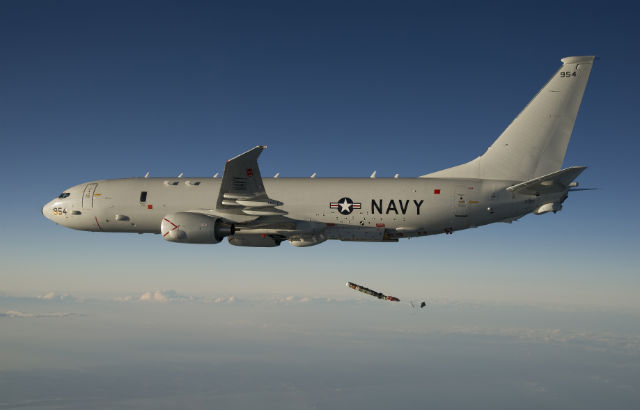 “We continue to hear feedback from our navy customer about the incredible capabilities of the P-8A,” Boeing P-8 programme chief James Dodd says. “The deployed squadrons tell us it’s exceeding expectations [and] we’re looking forward to providing even more capability to the fleet and to Australia.”

Boeing last year delivered 11 P-8s from its Renton, Washington assembly line, up from five aircraft in 2014.