Flight International online news 10:00GMT: Canadian aircraft manufacturer Bombardier has announced that the continued slump in demand for 50-seat regional jets has lead it to reduce its annual CRJ200 production to just 18 aircraft from February 2006. 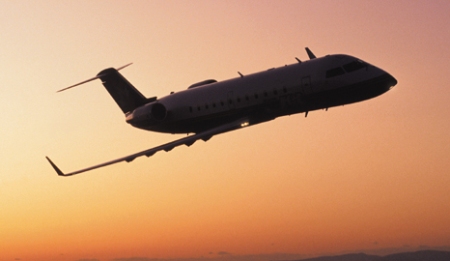 While a blow to Bombardier’s once dominant product range, the company said the reduction will be mitigated by an expected boom in turboprop sales, notably for the Q400, and a buoyant corporate jet market.

In the second quarter of this fiscal year to July 31, Bombardier delivered just 33 regional jets (12 CRJ200s, nine CRJ700s, nine CRJ705s and three CRJ900s) compared to the 45 (26 CRJ200s, 14 CRJ700 and five CRJ900s) delivered in the same period last year. For the first six months, Bombardier regional jet deliveries are 19 less than the 91 posted in the same period last year.

Turboprop deliveries at the same time remain relatively flat, with four Q400s and one each of the Q200 and Q300 this second quarter compared to the 2005 fiscal second quarter deliveries of four Q400, two Q300s and one Q200. In the first half of fiscal 2005 turboprops deliveries stood at eight aircraft; this fiscal year it was nine.

However, corporate sales are robust, with fiscal 2006 first half deliveries growing to 82 aircraft, almost 55% more than the 53 aircraft delivered in the same six month period in fiscal 2005.

As for the overall performance, Bombardier says, in the three months to July 31, its aerospace division posted almost $2 billion in revenue, about the same as fiscal 2005’s second quarter; a 2.8% fall in sales costs to $1.68 billion; and a 55% increase in earnings before interest and tax to $65 million.