British Airways (BA) aims to place its much-anticipated order for new long-haul aircraft next year after today confirming it has issued tender documents to aircraft and engine manufacturers. 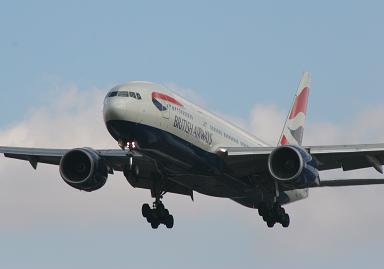 BA says it has sent a request for proposals (RFPs) to Airbus and Boeing and is considering the European manufacturer’s A330, A350 and A380 aircraft, and Boeing’s 787, 777 and 747-8 aircraft. It has also sent RFPs to engine manufacturers Engine Alliance, General Electric and Rolls-Royce, together with other key component suppliers.

The carrier has consistently said it does not intend to take any new long-haul aircraft ahead of its move to London Heathrow’s Terminal 5 in 2008, but has conceded it is close to exhausting efforts to better utilise its existing fleet resource.

BA CEO Willie Walsh today says: “For the past four years we have grown capacity by using our aircraft more efficiently. In order to continue to grow our long-haul business we now need additional aircraft long-haul aircraft.

“With a combination of firm orders and options, we are planning for both growth and fleet replacement into the next decade. Environmental performance will be one of the key criteria in our choice ensuring greater fuel efficiency, reduced noise and emissions.”

Walsh earlier this year confirmed BA had secured delivery slots on ten Boeing 777s from the end of 2008, though stressing the aircraft had not been ordered.

A spokeswoman for the carrier says delivery timings depend on which aircraft it selects, but the earliest entry into service of new long-haul aircraft would be in late 2008.

Walsh also notes the launch of the tender highlights the need for it to address its large pensions deficit. “It is a major blocker to growth and investment in our business, but I am confident we will resolve it,” he says. The carrier is in ongoing talks with unions and the pension scheme’s trustees over its proposals to tackle the deficit.