Bombardier has delivered the 100th Challenger-series business jet to fractional ownership company NetJets. The handover of the Challenger 350 comes around five years after the Columbus, Ohio-headquartered operator took delivery of the initial example of the super-midsize jet.

NetJets in 2012 placed orders and options for up to 225 Challenger jets for its US and European operations. It is not clear now many of the options have been exercised to date. 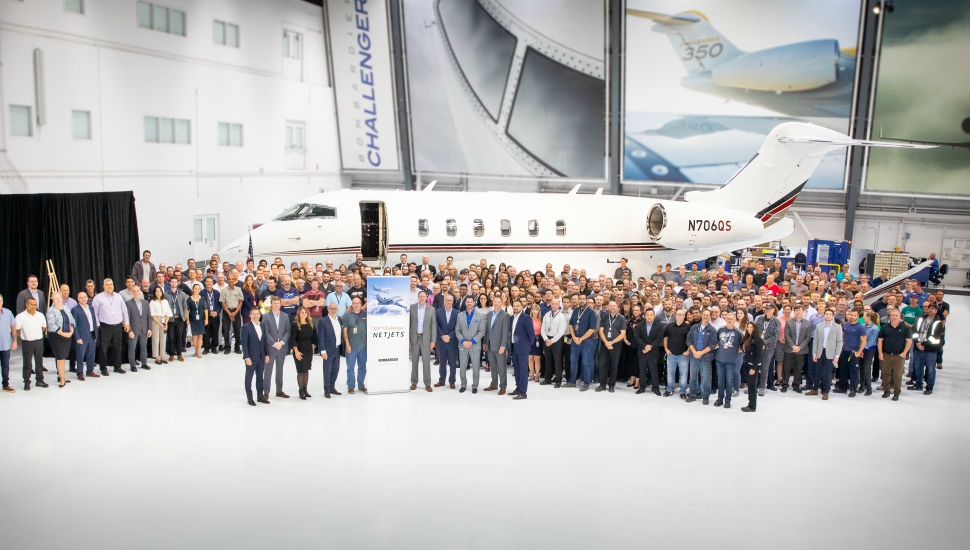 NetJets operates 80 Challenger 350s, with its other super-midsize offering the Cessna Citation X.

The Challenger 650 forms part of the company’s large-cabin offering, along with the Global 6000, 5000, Dassault Falcon 2000LX, and out of production Gulfstream G450.

The Canadian airframer describes the 3,200nm (5,920km)-range Challenger 350 as “the best-selling business jet platform of the last decade”, reaching its 300th delivery milestone in July, five years after the first example entered service.

Launched in May 2013, the 10-seat aircraft is the second iteration of the Challenger 300, which Bombardier launched in 1999 as the Continental business jet. The model entered service four years later.

“This addition of a 100th Challenger to NetJets’ fleet shows how sought-after this aircraft is, and why it’s simply the best business jet in its class,” says Bombardier Aviation president David Coleal.

Powered by a pair of 7,323lb (32.57kN)-thrust Honeywell HTF7350 turbofans, the Challenger 350 can fly nonstop from New York to Aspen, Colorado with eight passengers and full fuel, says Bombardier.