But the 6X is not the only development under way, revealed chief executive Éric Trappier, speaking on a half-year results call on 19 July.

Trappier points to a "pipeline of products", which he hopes will keep the airframer's "loyal" customers within the Falcon family. Although he declines to elaborate on the segments the company hopes to address with the new Falcons, one of the designs is likely to be a larger and longer-range variant of the 6X.

This aircraft will allow Dassault to compete at the top end of the traditional business jet sector against the 7,700nm (14,300km)-range Bombardier Global 7500 – poised for service entry later this year – and the long-established, 7,500nm-range Gulfstream G650ER.

Sales of the 6X are progressing well, and development of the Pratt & Whitney Canada PW812D-powered aircraft is advancing on schedule. Trappier says Dassault is "sticking to its commitment to deliver the first aircraft in 2022", and is confident that the latest Falcon will be worth waiting for.

"We have put the 5X troubles behind us, and are offering something even better with the with the 6X – a 5,500nm-range and a modern, wide cabin," he says. 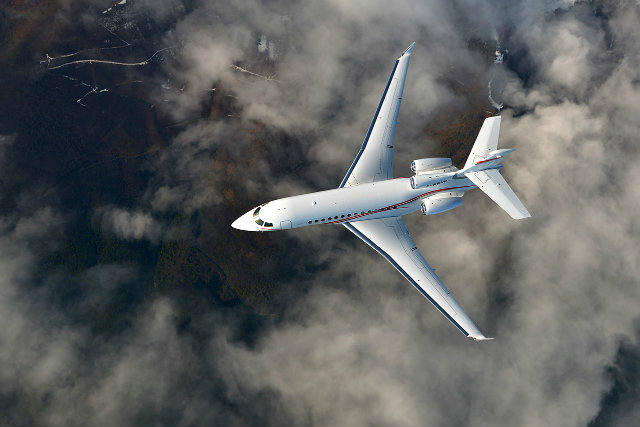 Dassault cancelled the 5X in December 2017 after extensive delays on the jet's Safran Silvercrest engines; it was originally scheduled for certification and service entry last year.

"Some 5X customers have transferred to the new 6X which is reflected in the current backlog," Trappier says, "although we lost a few to rival products," he admits.

Trappier will not be drawn on the status of the compensation talks with Safran. "We will let you know when we reach a conclusion," he says.

Dassault delivered fewer Falcon business jets in the first six months of 2018, but the lower shipments were offset by an increase in order intake and rising backlog, reflecting growing optimism at the top of the market. 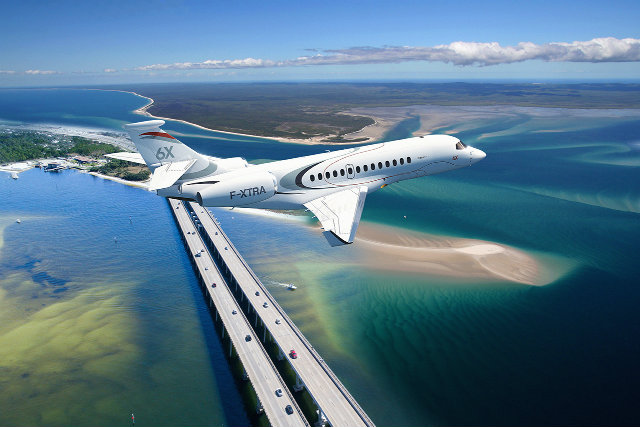 For the period ended 30 June, the French airframer delivered 15 Falcon 2000LXS, 900LX, 7X and 8X business jets, compared with 17 units shipped in the first half of 2017. Order intake climbed by four aircraft, to 18, while backlog rose by three units to 55 Falcons.

Trappier says demand for Falcons is improving, thanks largely to a "healthy" US economy and a "strong" Asia-Pacific region – two of its largest markets – as well as a shrinking inventory of pre-owned aircraft.

"A lot of used aircraft have been sold and we are having [particular] trouble finding pre-owned 7Xs." These factors are having a positive impact on the demand for, and pricing of, new aircraft, he says.

In order to keep its production rate steady, Dassault is forecasting what Trappier describes as a "prudent" delivery total of 40 Falcons in 2018 – five fewer than in 2017 – but is keeping a close eye on the market.