Doomed Piper Malibu was not authorised to fly commercially

UK accident investigators believe that the Piper Malibu PA-46-310P (N264DB) that crashed on 21 January in the sea off the coast of Guernsey carrying Argentinian footballer Emiliano Sala was not permitted to operate commercially, but the pilot David Ibbotson had previously conducted flights on a ride-sharing basis. However, it has yet to establish the cause of the crash.

In its interim report into the incident, published on 25 February, the Air Accidents Investigation Branch (AAIB) says it is still seeking to establish the licensing arrangements and nature of the agreement that led to Ibbotson performing the flight.

However, "evidence at the time of writing" reveals that permission had neither been sought nor granted by the US Federal Aviation Administration (FAA) or the UK's Civil Aviation Authority (CAA) to operate the US-registered aircraft commercially. 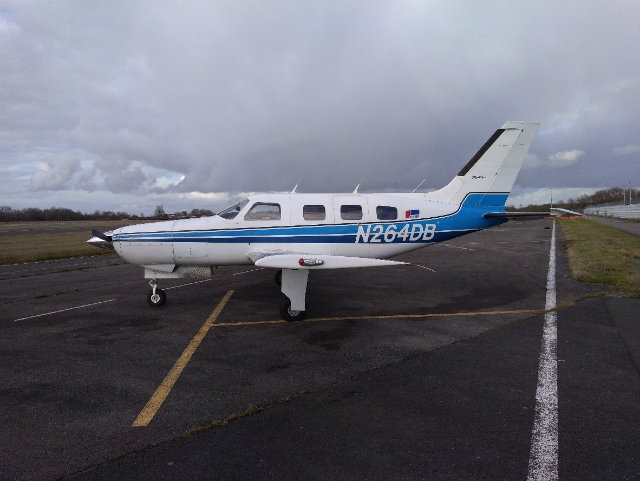 The report notes that while Ibbotson had both US and European private pilot's licences (PPLs) – the latter issued by the CAA – this does not allow a pilot to carry fare-paying passengers.

"A higher level of regulatory burden applies to commercial, compared with private flights, such as more stringent medical, licensing and airworthiness requirements," says the AAIB. A PPL holder flying a passenger for financial gain would be operating an illegal charter.

The AAIB is also examining whether the flight was conducted under a "cost-sharing", agreement, given that Ibbotson had been known to carry passengers under these arrangements.

The system of cost- or ride-sharing allows passengers to contribute towards the pilot's direct operating costs – such as fuel and landing fees – on a pre-determined trip advertised by the pilot. "Cost-sharing brings benefits to private pilots who, by sharing the expense of their flying, can fly more than they might otherwise be able to, thereby increasing their level of experience," says the AAIB.

However, it points out that while EASA permits cost-sharing on aircraft registered in a third country, such as the USA, the relevant rules state that there may also be a requirement to comply with any regulations of the state of registry.

The FAA prohibits holders of a PPL from acting as pilot in command of an aircraft carrying passengers for compensation or hire, except in certain circumstances: first, if the flight involves the pilot and one passenger, then the pilot must pay half the operating expenses. The pilot must also have a "bona fide purpose" for making the flight and must dictate when the flight is to go. "The flight must not be made for the purpose of merely transporting the passenger," says the AAIB.

Ibbotson's US licence was issued on the basis of his EASA PPL. However, his logbook and licence were not recovered from the aircraft, and the ratings on his licences and their validity dates have not yet been established. "If the flight was planned to be operated on a cost-sharing basis, FAA rules regarding pro rata costs and a common purpose were applicable," the report adds. 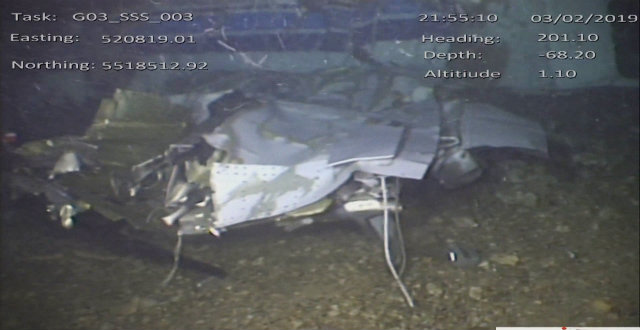 Ibbotson flew Sala in the 1984-built Malibu from Cardiff, Wales to Nantes, France on 19 January, with a return flight scheduled to depart two days later. The report notes that N264DB was equipped with an ice protection system that allowed it to fly into known icing conditions. The six-seat aircraft was also fitted with avionics equipment that allowed it to be flown safely at night in instrument meteorological conditions.

The AAIB says Ibbotson's planned route would have taken the aircraft on an almost direct track from Nantes, flying over Guernsey. The visual flight rules (VFR) flightplan indicated a cruise altitude of 6,000ft and a distance of 265nm (490km).

The aircraft departed at 19:15, climbing to 5,500ft in line with the flightplan. At 20:02, and around 13nm south of Guernsey, Ibbotson requested a descent to remain in visual meteorological conditions.

Ibbotson then requested permission from air traffic control to fly at a lower level to maintain visibility.

He was cleared to fly at 5,000ft, and when asked if a further descent was required, Ibbotson responded: "Negative. Just avoided a patch there but back on heading 5,000ft."

The last radio communication received from the aircraft was at 20.12 when Ibbotson asked for, and was granted permission to, reduce altitude again.

Radar readings show the aircraft turned left and right, descended gradually and climbed rapidly in the minutes before it crashed into the sea at 20:16.

The report says a band of showers, some heavy, passed through the area flown by the Malibu around the time of the crash.

The piston-single was located on the seabed by sonar on 3 February, before a submersible with cameras dived at the site and was able to confirm it was the missing aircraft.

Sala's body was recovered from the wreckage three days later, but Ibbotson has not been located. A private search for his body is expected to be launched shortly following an online fundraising campaign.

The Malibu remains under water off the coast of Guernsey after an attempt to recover it was called off because of bad weather.

The AAIB says the aircraft was found in three parts, with the wreckage held together by electrical and flying control cables, and the engine disconnected from the cockpit area. 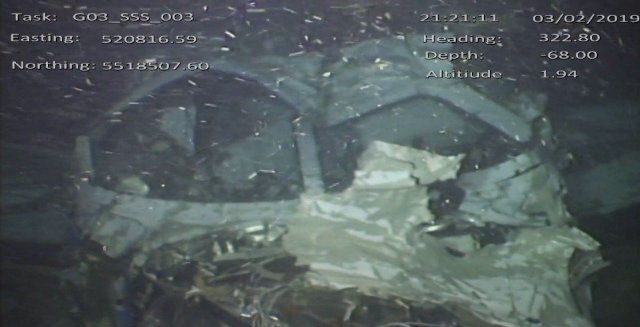 The agency says it will continue to look at all "operational, technical, organisational and human factors" that might have contributed to the crash. One focus will be further analysis of the radar information in an effort to understand the final moments of the flight.

The AAIB will also continue analysing video from the wreckage to determine how the aircraft entered the sea.

"Our priority now is to go through the evidence, much of which is extensive and complex, so we can piece together what happened between the aircraft being lost from radar and it coming to rest on the sea bed. This will help us understand the potential causes of the accident," it adds.