Gama has not disclosed the cost of the acquisition, but has funded it using the proceeds of a £48 million ($62 million) equity placement completed in 2018.

“$10 million was set aside to fund our US growth,” says Duncan Daines, chief marketing officer for the Farnborough, UK-headquartered company.

Gama established a foothold in the world's largest business aviation market in 2008 with the acquisition of PrivatAir's US charter and maintenance arm.

"We have grown significantly since then," says Daines, pointing to a fleet of more than 170 aircraft, which Gama manages through its associate company, Gama Aviation Signature.

These include 90 Beechcraft King Air 350is, Cessna Citation Xs and XLSs, which the company operates on behalf of local membership-based programme Wheels Up. 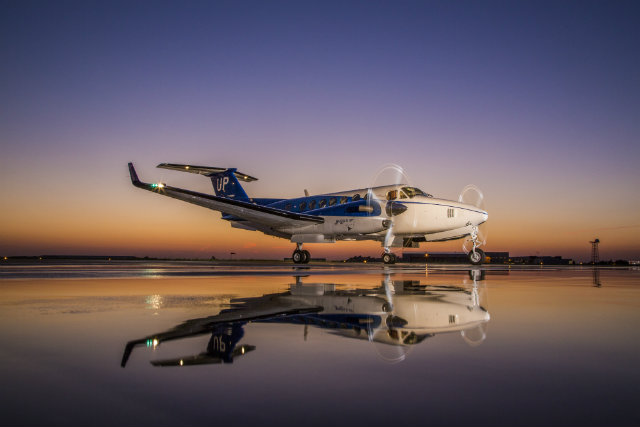 Gama Aviation Signature was formed in January 2017 following the merger of Gama and BBA Aviation's US charter and management operations.

The UK companies own a 49% stake in the operation, with the remainder held by US shareholders.

Gama has full ownership of its maintenance and engineering business in the USA, however, which has expanded from a small operation in 2008 to 19 bases today. "We have grown the maintenance offering in line with the fleet," says Daines.

The company offers aircraft on ground, base and heavy maintenance services, with the latter being provided at its facilities in Dallas, Texas, Opa-locka and Palm Beach, the latter two both in Florida. "With Lotus, we now have completions to add to our portfolio of services, which gives our customers even greater choice," Daines adds.

Dennis Richey, president for Gama Aviation's US ground division, describes the Lotus acquisition as a "significant milestone for our organic growth strategy in the USA".

The Fort Lauderdale-based completions centre and paintshop "adds two new lines of business”, he says. "The depth, breadth and scale we now offer provides a compelling proposition for those operators who wish to simplify their maintenance supply chain."

Meanwhile, Gama has ordered three Airbus Helicopters H145s, the company's first purchase of rotorcraft. The light-twins are scheduled for delivery in the fourth quarter and will enter service in June 2020, in support of an existing long-term contract.

While Gama has not disclosed the customer, the H145s are believed to be headed for Scotland, where they will be used in an air ambulance role, alongside the operator's three King Air twin-engined turboprops. Gama has been providing fixed-wing air ambulance support in Scotland since 1993, with another operator handling helicopter missions.

Gama has also secured a new five-year contract to modify and support four special-mission aircraft from 1 July on behalf of an unnamed European client. This will help to bolster company revenues by nearly £28 million, Gama says.