Austrian charter company GlobeAir has acquired four of the 11 Cessna Citation Mustangs previously operated by Wijet, and is in negotiations to acquire the remaining examples.

The charter operator plans to transition this year to the Honda Aircraft Honda Jet, for which it has orders and options for 16 aircraft.

“We have purchased the four Mustangs that Wijet leased from Textron,” says Bernhard Fragner, founder and chief executive of GlobeAir – the largest operator of the out-of-production type in the world, with a fleet of 16 aircraft. 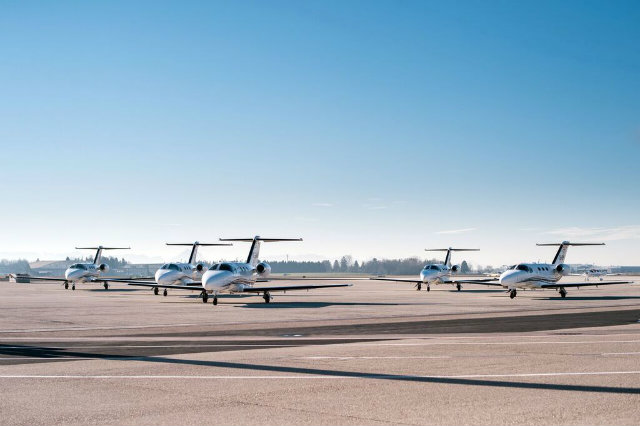 These four examples have undergone a major overhaul at Textron’s expense, Fragner says, and GlobeAir is in the process of adding the six-seat quartet to the Austrian OE-register. “We will then add them to our AOC [air operator certificate] – which will take about eight weeks – and begin revenue flights at the end of March,” he adds.

Negotiations to acquire the remaining seven Mustangs from the banks are ongoing. Fragner says an inability for the parties to agree a purchase price for the aircraft is a stumbling block in the discussions.

“We will need to spend a lot of money to put them back into service, and enrol them on an established maintenance programme. That has to be reflected in the sale price,” he says. “Hopefully we will reach an agreement soon.”

Meanwhile, GlobeAir has recorded another strong year on the back of robust demand from the European charter market for small business jets.