Premium US charter company JetSuite plans to more than double its fleet of Embraer ERJ-135LRs before the end of the year to cater for booming demand for its JetSuiteX public charter service.

Based in Dallas, Texas, the operator is also set to expand the business jet fleet of its JetSuite VIP charter and membership programmes, following customer requirements for additional aircraft.

JetSuiteX operates 10 refurbished ERJ-135LRs - each configured in a 30-seat layout – and plans to add one aircraft a month between February and December. “We have taken delivery two examples so far, and are now preparing them for service entry,” says JetSuite founder and chief executive Alex Wilcox.

The ERJs are acquired through Embraer and refurbished by Maine-based maintenance, repair and overhaul company C&L Aviation; four of the aircraft are now in various stages of completion at the latter's facility. 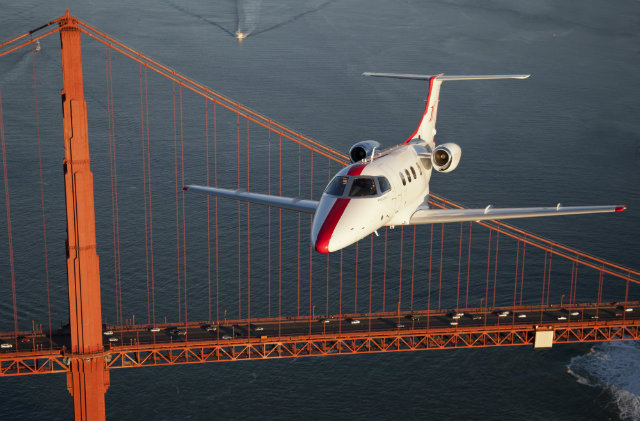 JetSuiteX operated 9,600 flights in 2018, and Wilcox expects the number to jump to around 25,000 this year as travellers look for what it calls a “flexible and hassle-free alternative to commercial airlines”.

He says a major draw for customers is connecting to private aviation terminals across its network – which covers Burbank, Coachella, Concord, Mammoth Lakes, Oakland and Orange County in California; and Las Vegas, Nevada.

“This saves passengers a huge amount of time and inconvenience compared with transitioning through traditional airline terminals,” says Wilcox.

JetSuite’s partnership with JetBlue Airways – which owns an unspecified stake in the company - is also contributing to the affiliate’s rapid growth, with the regional airline selling seats on the ERJs through its global distribution systems. “It’s giving us great exposure,” says Wilcox.

The company's business jet offering is also thriving. The company operates 11 entry-level Phenom 100s and five Phenom 300s. A sixth example of the light twinjet is scheduled for delivery imminently, and Wilcox says a new aircraft type will be added to the line-up before the end of the second quarter.

He declines to be drawn on the number of aircraft, nor its make or model, but it is likely to be a larger cabin Embraer jet, such as the Legacy 450, 500 or 650, which will offer more range and comfort.