Textron Aviation is returning to MEBAA, two years after the US company – which merges the Cessna and Beechcraft brands – made its show debut.

This year’s event marks the MEBAA outing of its midsize Cessna Citation Latitude, featuring its bespoke interior called the Sport Edition. “This sleek modern executive interior with its large seats and tailored finishing is expected to resonate with the Middle East audience,” says Textron Aviation’s senior vice-president of sales and marketing, Kriya Shortt. 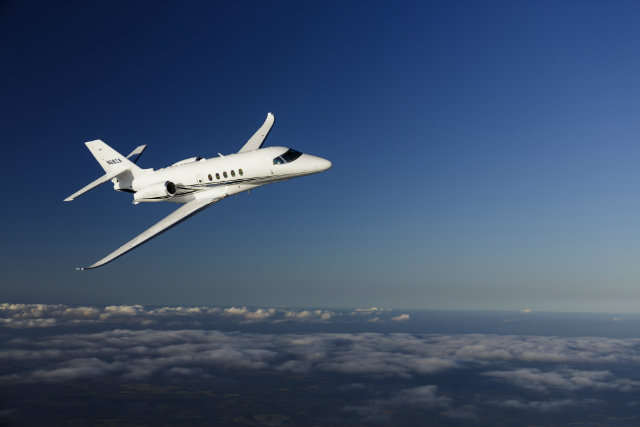 She says the Latitude made a demonstration tour of the region ahead of the show to raise awareness of the 9-seat model among the region’s operators. “We have had a good response to the aircraft so far,” says Shortt.

“With its 2,850nm (5,280km)- range and stand-up cabin, it’s a great addition to any charter fleet, and we are having a number of conversation with potential customers”. The Middle East’s predilection for large-cabin, high-end business jets has not proved a deterrent to Textron whose 14–strong, in-service product line is rooted in the lower-half of the business aviation sector. While the USA is by far its largest market, the Middle East has proved rich pickings for the airframer which boasts an inventory of around 300 jets and turboprops today. The $16.2 million Latitude is currently Textron’s top-of-the-range in service offering, but two larger- cabin business jet are coming down the line at a rapid pace, and will open up the Middle East to an even wider audience.

The $24 million super-midsize Longitude is advancing through its certification campaign. The second aircraft – and first production- conforming model – made its first flight on 19 November and is on target for certification and service entry in 2018. Meanwhile the $35 million, large- cabin the Hemisphere is scheduled to make its maiden sortie in 2019 and enter service in 2020. “These two models are great value propositions, and with a 3,500nm and 4,500nm [respectively], we expect them to sell well in the Middle East,” says Shortt.