Nextant Aerospace is “significantly ahead of expectations” against its target to complete 30 flightdeck upgrades by year-end on its remanufactured Bombardier Challenger 604 programme.

Although the company only inducted the 15th large-cabin business jet into its Cleveland, Ohio plant in early July, Nextant had not planned to carry out so many upgrades during the first half. 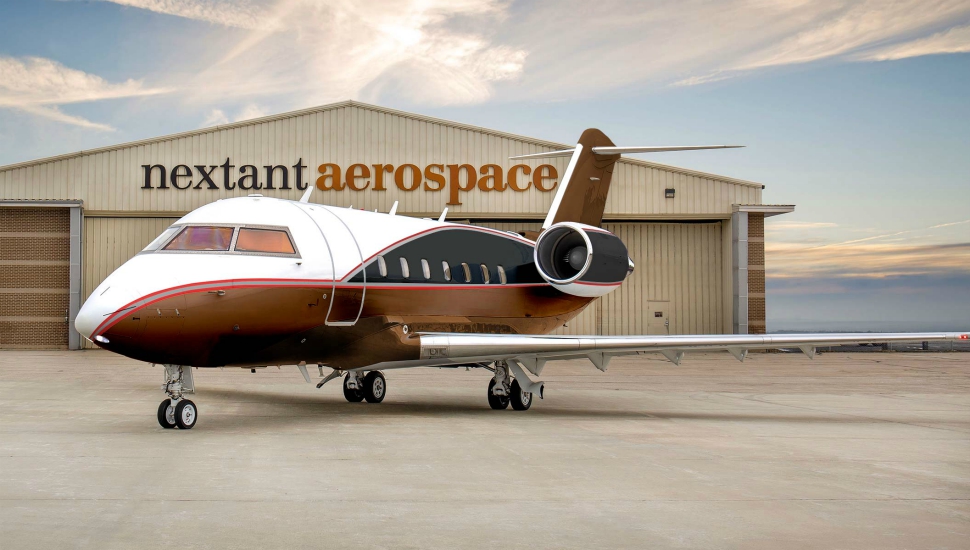 The modification programme – known as the 604XT – was launched in 2017, and involves the installation of a Collins Aerospace Pro Line Fusion cockpit. This is the first step in a three-phase improvement plan for the 10-seat twin, which also includes an interior revamp and performance enhancements.

US supplemental type certification (STC) for the modernised cockpit was secured in November 2018, and the first 604XT entered service in early December.

Nextant’s 604XT programme director Steve Bruce says owners and operators of the 4,000nm (7,400km)-range aircraft see an opportunity “to trade in their obsolete avionics for a reasonably-priced 21st Century flightdeck that ensures efficient flight operations for many years to come”.

The 604XT is part of Nextant's four-strong family of remanufactured business aircraft. The line-up also includes the G90XT – an upgrade of the Beechcraft King Air C90 twin-engined turboprop – and the 400XTi and 400XTe, which are remanufactured versions of the Hawker 400A/XP light business jet. The latter was launched in October as a baseline variant of the XTi, and is scheduled to obtain its STC later this year.