PICTURES: Epic sure it is finally set for E1000 approval

Epic Aircraft is confident that it is finally near to securing Federal Aviation Administration Part 23 certification for the E1000 factory-built version of its Pratt & Whitney PT6A-powered single after a lengthy test programme that began six years ago. 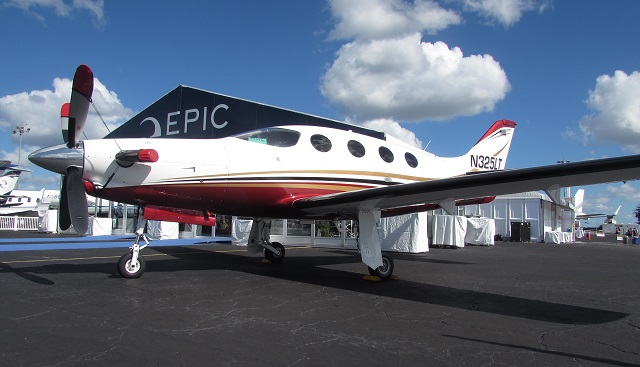 The Bend, Oregon–based company exhibited two of its LT carbonfibre kitplanes at the recent NBAA event in Orlando (above).

Gale Evans, sales and marketing executive at Epic Aircraft, says “final flight-testing is being completed”. FAA certification, which began in 2012, is “very close” with 700h having been accumulated by two flight-test aircraft to date.

Once certification of the airframe and production has been completed, Epic plans to begin ramping up annual production to 50 aircraft within three years. 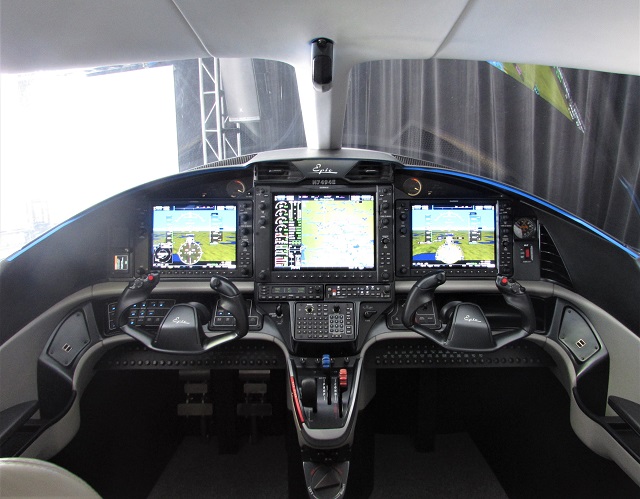 Evans says that the E1000 has a list price of $3.25 million and that more than 80 deposits have been taken to date.

The LT kitplane version operates under the FAA “experimental” category, says Evans. Part 23 approval will enable the E1000 to be used on charter flights.