Italian airframer Tecnam has completed the flight-test campaign for its P2012 Traveller and expects to secure European and US type certification for the all-metal piston-twin before year-end.

"All testing is now complete," says Tecnam’s global sales and marketing director, Walter Da Costa. "The two aircraft in the flight-test campaign have logged more than 500h, and we should get approval from the aviation authorities in the coming weeks."

Five aircraft are in production at Tecnam's headquarters in Capua, Naples, he says, with serial numbers three, four and five destined for launch customer and Traveller co-developer Cape Air.

The US regional airline has signed a deal with Tecnam for 100 of the Lycoming TEO-540-C1A-powered aircraft comprising 20 orders and 80 option. These will replace its fleet of Cessna 402C piston-twins and Britten-Norman BN-2 Islanders, which number 88 of the former and four of the latter, according to Cape Air figures. 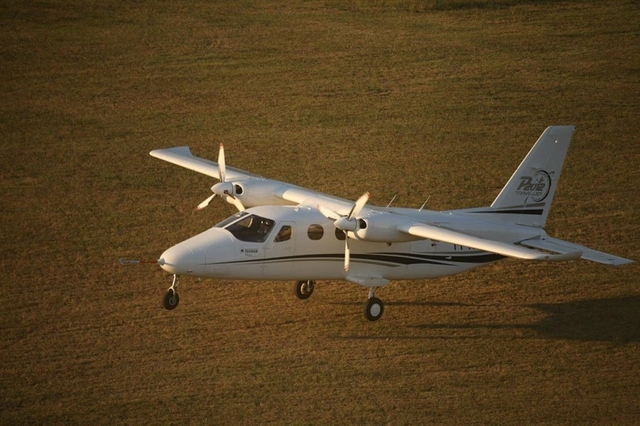 The first example will be handed over in February, with another seven aircraft scheduled for delivery to the Hyannis, Massachusetts-based company during 2019.

Tecnam forecasts demand for 11,500 aircraft in the commuter, short-haul category over the next 10 years.

So far, Tecnam has secured orders and options for 125 Travellers, and will launch a demonstration tour next year to drum up sales of the 11-seat aircraft. Although the timings and locations have not been finalised, Da Costa says the Traveller could make its debut at business aviation shows EBACE and NBAA, to maximise its exposure to corporate flight departments and charter operators, which are "key markets", he notes for the 950nm (1,750km)-range, high-wing model.

The €2.35 million ($2.7 million) Traveller was launched by Tecnam in 2011 as its first dedicated commercial aviation platform. The first test aircraft made its maiden sortie in July 2016, and the second joined the certification campaign in December 2017. Production is set at 18 units in 2019 and 30 aircraft in 2020, says Da Costa.