Textron Aviation has received a temporary exemption from US Federal Aviation Administration flammability requirements covering the Cessna Citation Longitude's fuel tank. However, the waiver falls short of the airframer's request for a five-year grace period.

The short-term approval, which runs until January 2020, clears the way for the US airframer to certificate the super-midsize business jet by the end of September, with deliveries starting the following quarter. In the meantime, Textron Aviation will work on a permanent fix for the issue.

The limited duration of the exemption will come as a major disappointment to the airframer, however.

In its original submission to the FAA in 2016, the company requested a permanent exemption for the Longitude – referred to by its official Model 700 programme designation – pointing to the excellent safety record of other aircraft in the Textron Aviation stable with similar fuel system configurations. These include the Citation CJ series, M2, Latitude and Hawker 4000.

The company later amended the exemption timeframe to five years after the date of the initial type certification, citing "potential design solutions which could allow the Model 700 to be compliant with the requirements". 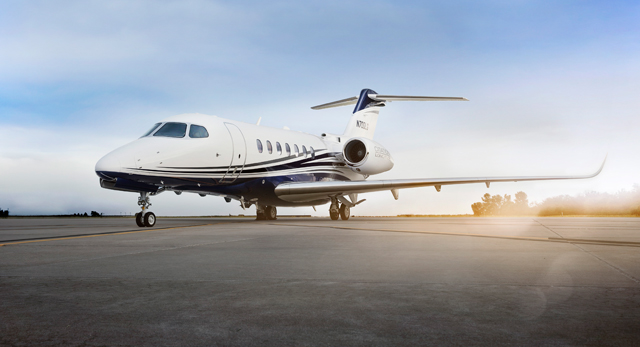 Textron Aviation will not discuss the FAA's decision, saying only that it "will continue to partner with the FAA as we work toward certification of the Citation Longitude in the third quarter".

At issue is a difference in interpretation between Textron Aviation and the aviation authority over what constitutes a centre fuel tank. The Longitude is designed with the fuel tank in a conventional, unheated aluminium wing, but features a centre portion covered by aerodynamic fairings.

Textron Aviation considers the entire fuel tank to be in a conventional unheated aluminium wing, and therefore meets "associated flammability requirements"; the FAA, on the other hand, believes the centre portion of the tank falls outside that regulation and therefore does not comply with requirements.

Qualitative analysis, based on fuel tanks in a conventional unheated aluminium wing, shows that it meets the standards, the FAA says. However, it adds: "Quantitative analysis, using the FAA's position, show flammability levels of the current design wing tanks do not meet the fuel tank flammability exposure evaluation time (FEET) of more than 3%, but they are similar to levels calculated for the existing Textron Citation and Hawker fleet.”

Any exemption granted to Textron should be "short in duration", the authority says, in order to preserve public safety and a level playing field.

The FAA has never granted an exemption to this requirement before, it adds, noting that aircraft certificated under Federal Aviation Regulation Part 25 with a similar structural design and certification basis as the Longitude "have been able to show compliance to the flammability exposure requirements".

In addition, the agency notes that Textron Aviation has highlighted a modification that could provide a FEET threshold of 7% or above.

The Longitude was launched in 2015 as the airframer's flagship product. The five-strong Honeywell HTF7700L-powered flight-test fleet has logged over 3,400h since the first example made its maiden sortie in October 2016.