The company announced its bid for the Contracted Airborne Training Services (CATS) programme and the joint venture with Draken in February, ahead of a source-selection decision due later this year.

CAE Canada vice-president and general manager Mike Greenley shared more details about the company’s offer during a media briefing on 24 May on the eve of the CANSEC military convention in Ottawa. 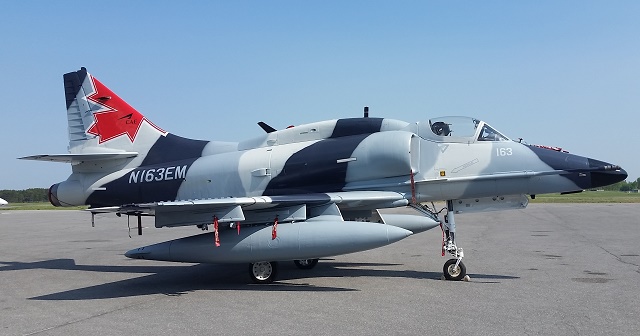 Draken A-4 Skyhawk on show in Ottawa, Canada

CAE and Draken would provide six single-seat and 10 twin-seat versions as "multi-role combat support fighters" for the Boeing CF-18 training mission, with the 16 aircraft split between Canada's Cold Lake and Bagotville air bases. One Learjet “medium-endurance aircraft” would be located in Victoria, British Columbia and the other in Halifax, Nova Scotia. The main CAE-Draken contracting office would be stood up in Moose Jaw, Saskatchewan.

Greenley says the training proposal brings together live, virtual and constructive (LVC) elements to simulate realistic, modern enemy aircraft, and the system would be fully developed in Canada. 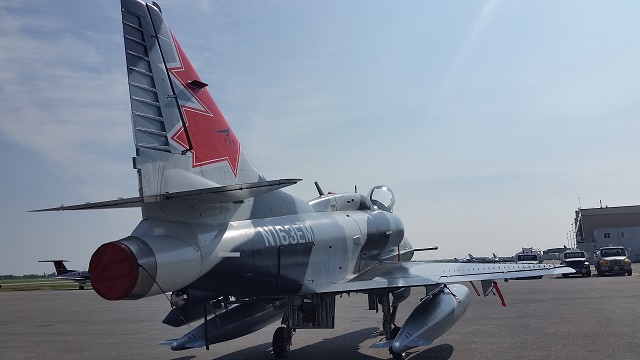 The Draken aircraft already carry the same APG-66 radar found in many legacy Lockheed Martin F-16s and have been upgraded with modern avionics, similar to the F-16 mid-life upgrade standard.

“We can stimulate that display through constructive simulation through radio links, so it could look like there were four or six aircraft coming from many miles away, even though there’s only a couple of aircraft in the air,” says Greenley. “Or, the type of aircraft in the air could be A-4 SkyHawks, but on their display it might look like an Su-30, or some other type of Russian or Chinese aircraft. [LVC] will allow for much richer scenarios, so this will be the next-generation of this type of capability with R&D in Canada for export [from Canada].” 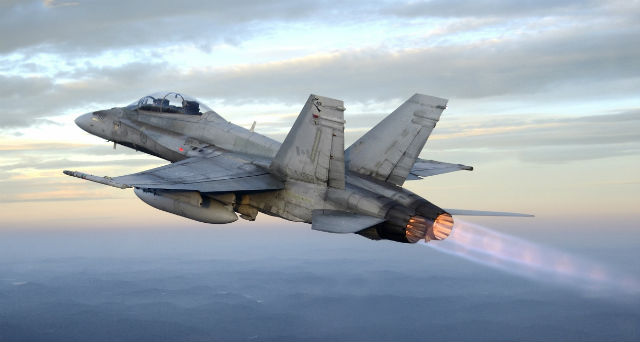 Of the Draken team, Greenley notes that the company employs experienced combat pilots and its Skyhawks already support this type of fighter training at Nellis AFB in Nevada for the US military.

The competition for the Canadian fighter training programme comes as the Liberal government explores options for replacing the outdated CF-18 Hornet, with options ranging from the American-made Lockheed F-35 and Boeing F/A-18E/F Super Hornet to European types such as the Eurofighter Typhoon and Dassault Rafale. Saab could offer its Gripen fighter as a lightweight alternative.