The order by the Agricultural Bank of China's leasing arm is the second for the narrowbody aircraft in 2012 after BOC Aviation's deal for 20 C919s at the Singapore Airshow in February.

Neither the financial details nor the delivery schedule were revealed.

Comac says that ABC Leasing is the 12th customer for the C919, which is being developed as China's answer to the Airbus A320 and Boeing 737. It adds that it now has 280 orders for the aircraft.

The C919 is scheduled to have its first flight in 2014 with deliveries meant to begin in 2016. Both targets, however, are widely expected to slip. 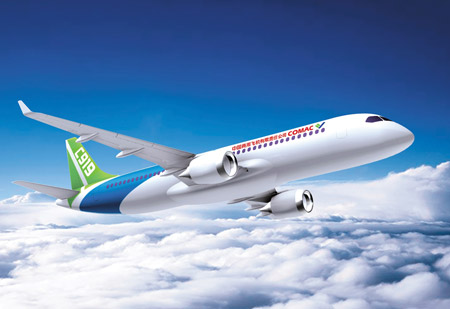