Unlike the deep-sea monstrosity it shares a name with, the Goblin Shark has excellent vision. It's four-to-eight camera payload can provide 360-degree views of the battlefield.

Brock is marketing its 0.73kg (1.6lb) Goblin Shark to all of the US military services and multiple federal agencies, says vice-president and chief UAS engineer Keith Brock. The company is specifically looking to replace or complement existing Tier 1 and 2 platforms and the special operations community, he says. 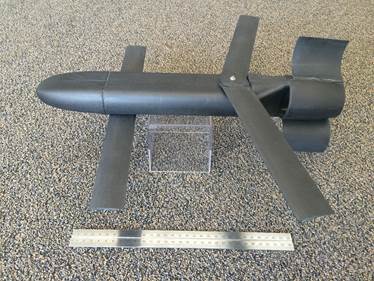 The Goblin Shark was developed under a US Navy small business innovation research contract. The aircraft’s weight would place it within either the Navy’s small or “nano” UAS categories, or those weighing less than 9.07kg, with a range of between 0.27nm (0.5km) and 2.7nm. The Navy currently has no nano UAS in its portfolio.

Brock says the system also could be used by NASA or the National Science Foundation for missions such as weather monitoring of hurricanes and tornadoes. The company has several UAS models on the market designed as “disruptive technologies” that address capability gaps in both the military and civilian UAS markets, Brock says. 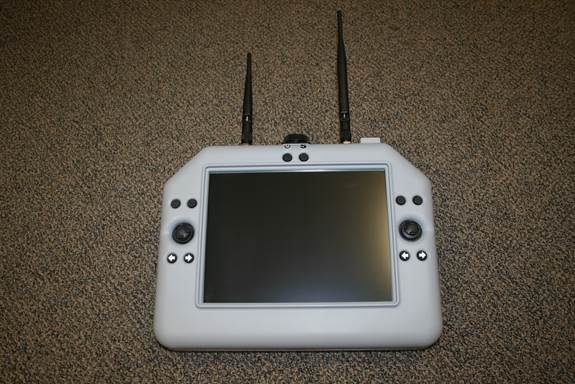 The Goblin Shark generally has a 0.23kg payload, depending on the mission and expected endurance. “The system can hold more weight but you pay the penalty in endurance,” he says. The modular micro UAS can fit inside a 7cm diameter carrying and launch tube. It has an electric motor and is designed for intelligence, surveillance and reconnaissance missions, target tracking, convoy monitoring or armed with an “effects payload.”

Configured as an ISR platform, the system carries four electro-optical cameras but has the ability to hold aloft as many as eight networked sensors connected by a system called the Fly’s Eye. The system also can carry the FLIR Quark, the UTC 640CSX SWIR or a single camera.

“We have the ability to switch between the cameras giving a complete frontal sphere of coverage with no moving parts,” Brock says. “Similar to the view you would get from the Joint Strike Fighter.”