Bombardier returned the CSeries aircraft to the air on 7 September after a 100-day grounding with FTV-2 taking off from the company’s facility at Mirabel airport in Quebec.

The flight began at 18:10 and landed before sundown about 30min later.

“We are pleased to see the CSeries aircraft back in the air,” says Rob Dewar, Bombardier’ vice-president leading the CSeries programme.

None of the four aircraft in the CSeries flight test fleet have flown since 29 May, the day a low-pressure turbine stage failed in a PW1500G engine installed on FTV-1 during a ground test. 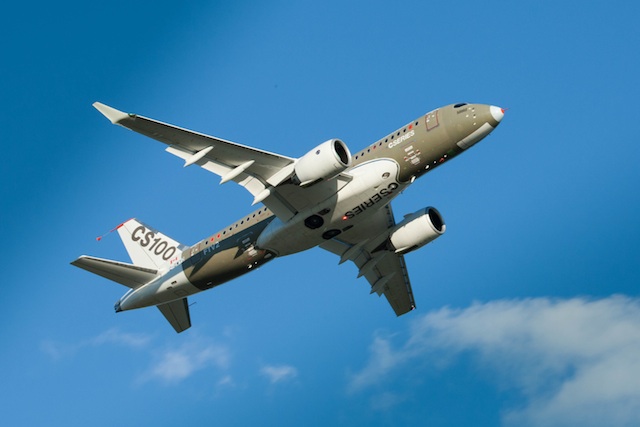 P&W traced the failure to a flaw in the engine’s main oil lubrication system. The oil system dedicated to the engine’s unique fan drive gear system was not at fault, according to Bombardier and P&W.

About six weeks after the grounding began P&W first proposed a series of modification to Bombardier, but the companies negotiated for several weeks on the final design.

Details of the modifications have not been disclosed. Bombardier says, however, that the changes will have no impact on the fuel burn, noise and thrust goals for the engine.

Despite the 100-day hiatus, Bombardier also expects no change to the programme’s overall schedule. First delivery of the 110-seat CS100 remains pegged for the second half of 2015, a window that opens in nine months. The first delivery of the CS300 should follow about six months later, Dewar says. 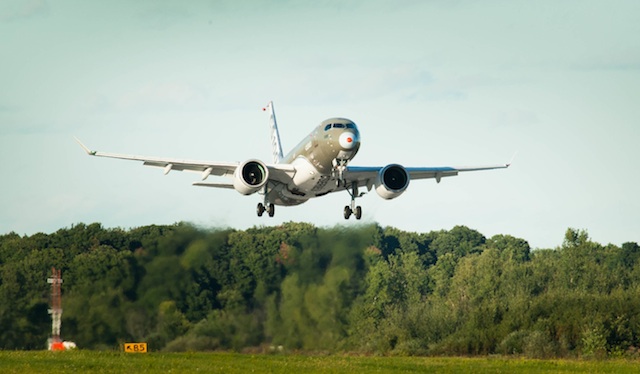 FTV-5, the first test aircraft with a completed interior, remains in final assembly. Bombardier expects to complete first flight of FTV-5 by the end of the year.