The Royal Danish Air Force has withdrawn its fleet of Lockheed Martin F-16s from the Middle East, where the aircraft had been participating in the air campaign effort against extremists in Iraq, according to local reports.

Foreign minister Kristian Jensen is reported by the national Danish Broadcasting Corporation (DR) as saying that the F-16s will now undergo repairs and maintenance, and the personnel operating them will receive additional training.

Seven F-16s – four active and three reserve – had been operating in Iraq against Islamic State militants since parliament authorised the deployment in September 2014.

The Danish parliament is expected to decide in the coming weeks on the contribution that Copenhagen will continue to make to the effort, but it is expected that it will agree to send the restored F-16s and personnel back out to Iraq in 2016. 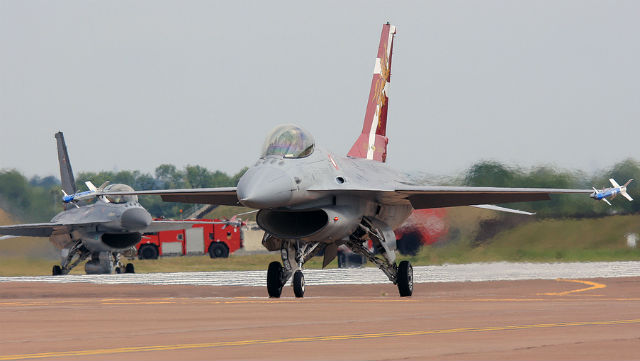 Alongside the deployment of the seven F-16s, one Lockheed Martin C-130J transport was sent, together 140 personnel who were based in the Middle East to operate the aircraft and support Iraqi and Kurdish military training.

The Danish withdrawal follows that of the Belgian Air Component, which earlier this year returned the six F-16s it had deployed to the Middle East from their base in Azraq, Jordan.

Brussels operates a 59-strong fleet of F-16A/Bs, Analyzer shows, and it remains to be seen if more funding will be allocated to redeploy the type in support of anti-IS operations in future.