Australia’s Department of Defence has commenced a series of tests to deploy high-altitude balloons with intelligence, surveillance and reconnaissance (ISR) payloads into the upper atmosphere.

“The trial aims to demonstrate Australian-designed and developed launch capabilities that can deliver and maintain sensor payloads to an altitude that significantly improves situational awareness over a wide area,” says minister for defence Linda Reynolds. 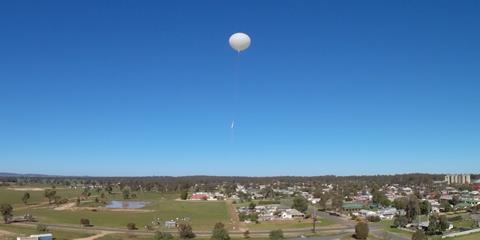 “Having these high-altitude balloons as part of Australia’s sovereign capability means that we could deploy advanced sensors into the atmosphere quickly and cost-effectively, giving our forces comprehensive data in the air, on the ground, or at sea.”

The work will also help test payloads that could be launched into orbit atop rockets.

A photo caption of a balloon launch says that the work is being undertaken under the auspices of the Royal Australian Air Force’s “Plan Jericho”, which aims to improve battlespace communications and sensing between Australian military platforms and personnel.