Dassault hit its target of delivering 13 Rafales in 2020, with these transferred to export customers India and Qatar.

The French airframer on 7 January confirmed its delivery performance for the year just ended, noting that this was “in line with our guidance” for the type. It had shipped 26 of the multi-role combat aircraft during a bumper 2019, including its final examples for the Egyptian air force. 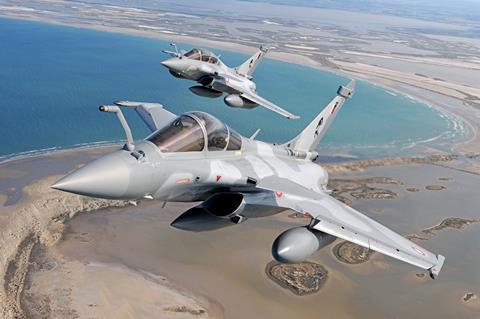 Cirium fleets data records Qatar as currently operating 23 Rafale DQ/EQs, from a 36-unit acquisition. Doha also has an option to later double the size of this fleet.

The Indian air force in July 2020 welcomed its first five Rafales at Ambala air base, with the service to eventually operate 36 examples. 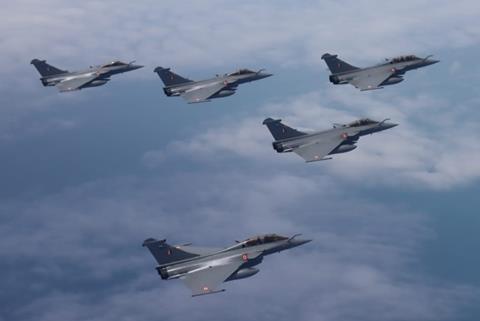 Dassault says its firm order backlog for the Rafale stood at 62 aircraft on 31 December 2020; a reduction of 13 from a year earlier. Its commitments include remaining aircraft for India and Qatar, and examples for the French air force and navy.

The company could, however, secure fresh business for its military flagship this year, with both Finland and Switzerland nearing decisions in their respective fighter contests. Greece also in late 2020 expressed interest in a potential 18-aircraft acquisition.

Cirium data shows that there are a current 197 Rafales in operational use, with lead user the French air force having 102 of these.