With fewer than six weeks to go before the UK’s first major defence exhibition since the pandemic began, the organiser of the DSEI event has confirmed that 654 companies will be taking part.

After deciding earlier this year that the biennial, tri-service show would proceed as a live gathering, Clarion Defence had given exhibitors a 30 June deadline to confirm their attendance. 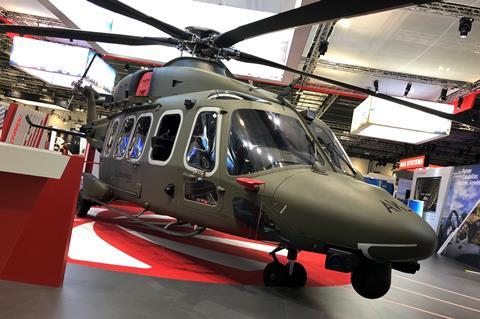 DSEI will be staged at the ExCel exhibition centre in London’s Docklands from 14-17 September, with a parallel DSEI Connect online service streaming its main conference sessions. These will include presentations by UK service chiefs and senior Ministry of Defence officials.

“We have got more than 650 exhibitors from 31 countries confirmed to exhibit,” says event director Grant Burgham. More than 250 of these companies will be present for the first time, he adds.

An original list of 723 companies had been expected to participate in DSEI prior to the global pandemic disruption, which has prevented some from completing international travel plans. Those unable to attend this time have been offered the chance to defer until 2023.

“We will have 20 international pavilions” on the exhibition floor, Burgham says. The four largest of these are for US, UK, German and French industry, with others including Belgium, Estonia, Greece and – for the first time – Portugal.

Highlighting the pandemic’s ongoing major impact, including through government restrictions such as travel bans and quarantine measures, this marks a reduction from 30 at the 2019 version of the show.

This year’s exhibition space will be divided into five zones: aerospace, land, naval, security, and joint; along with Future Tech, manufacturing, medical, and space hubs.

Flight International is Aerospace Zone media partner for the event, and our reporting team will be covering the show’s biggest stories and hottest topics on FlightGlobal.com.