General Atomics Aeronautical Systems signed an agreement with NASA to perform a demonstration flight of its MQ-9B SkyGuardian unmanned air vehicle (UAV) within the National Airspace System in the summer of 2020.

General Atomics Aeronautical Systems signed an agreement with NASA to perform a demonstration flight of its MQ-9B SkyGuardian unmanned air vehicle (UAV) within the National Airspace System in the summer of 2020.

The flight is aimed at helping NASA find ways to integrate UAVs into the USA’s National Airspace System, allowing unmanned aircraft to safely fly in the same airspace of other aircraft, such as manned commercial airliners, General Atomics says in a media release on 7 October. The National Airspace System includes the USA’s air navigation facilities, air traffic control facilities, airports, flight rules and regulations which are governed by the Federal Aviation Administration (FAA).

General Atomics says its team completed the critical design review of the demonstration MQ-9B on 18 September. The UAV will demonstrate detect and avoid, and command and control datalink systems, the company says. 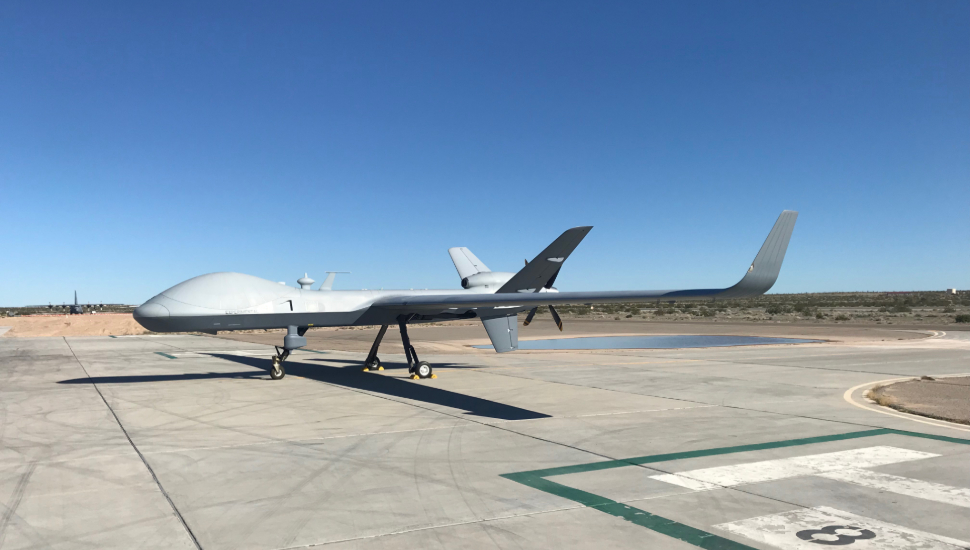 Detect and avoid systems that spot other air traffic and determine manoeuvres to keep a safe distance are critical for reducing the risk of UAV collisions, says NASA. Additionally, robust UAV command and control systems are vital so that remote pilots can stay in control.

To show the usefulness of an UAV that is certificated to fly in the National Airspace System, General Atomics’ MQ-9B will perform public infrastructure surveys at more than 10,000ft above the city of San Diego as part of the demonstration.

General Atomics is known for manufacturing UAVs for military purposes – often surveillance or strike missions – but believes the aircraft could be used for a variety of civilian applications. Such uses could include the inspection of hundreds of miles of rail, energy pipeline, powerline and canal infrastructure, agriculture monitoring and topological surveys, as well as wildfire and flood monitoring, and maritime surveillance, says the company.

The MQ-9B flight is part of a larger NASA initiative called the Systems Integration and Operationalization (SIO) project, which aims to tackle technical and regulatory issues that prevent UAVs from safely flying routinely in the NAS.

As part of the SIO project, NASA is also conducting tests of Bell’s Autonomous Pod Transport 70 cargo UAV and PAE ISR’s Resolute Eagle surveillance UAV. Bell will perform a flight demonstration that simulates providing a critical medical transport, such as moving blood or tissue samples, in Dallas–Fort Worth area of Texas, says NASA. For its part, PAE-ISR is to perform an infrastructure inspection flight demonstration at altitudes below 10,000ft in Pendleton, Oregon.