Frequentis is touting a contract it won from the Department of Defense (DoD) in October for four remote virtual air traffic controller towers, including two deployable systems which could be used at expeditionary air bases.

Frequentis is touting a contract it won from the Department of Defense (DoD) in October for four remote virtual air traffic controller towers, including two deployable systems which could be used at expeditionary air bases.

The company’s deployable towers allow controllers to direct air traffic from an austere airstrip using a series of visual high-definition, infrared and pan-tilt-zoom cameras mounted atop an extendable 15m (50ft) scissor lift. The system, including a virtual window made of five flat-panel screens, can be transported inside two shipping containers, which can be rolled out of the back of a Lockheed Martin C-130 transport.

The fixed virtual remote towers which are part of the Pentagon contract will be attached to existing air traffic controller towers, Frequentis says. 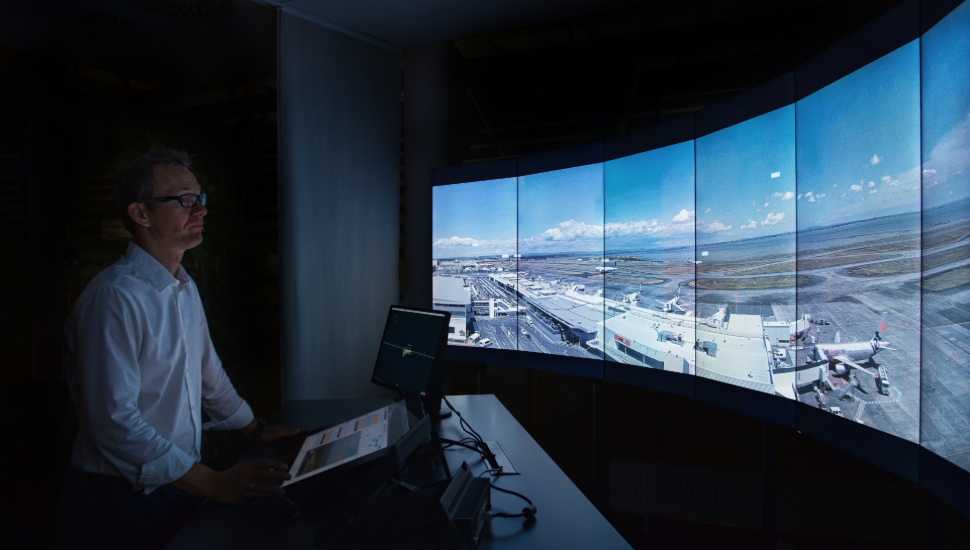 As part of the DoD contract, two systems will be delivered to the US Air Force: one fixed and one deployed. Both will be installed at Homestead Air Reserve Base in Florida.

The US Navy will receive one fixed system at Corpus Christi Naval Air Station in Texas.

The US Marine Corps will likely receive their deployable system at Camp Lejeune in North Carolina.

Deployable remote virtual towers could help US military services rapidly set up expeditionary air bases during conflict. The Pentagon’s agile basing strategy calls for spreading out and moving around US and allied forces across many air bases in order to make it more difficult for precision missiles from Russia or China to wipe out aircraft on the ground.

“A deployable version, if you transport it with an aircraft into a crisis scenario, at a distance of a mile or two miles that is already enough to protect the controllers,” he says. “If there will be an attack, only the sensors will be destroyed.”

With its DoD contract in hand, Frequentis is pitching the deployable remote tower product to US allies, including Japan, South Korea, NATO countries and Latin American nations, says Wirfs.