Embraer gets firm order for 28 KC-390s from Brazil

First delivery of production aircraft is expected at the end of 2016, with production under the contract running for 10 years.

In addition to the aircraft, the contract includes a comprehensive logistics support package covering spare parts and maintenance services. 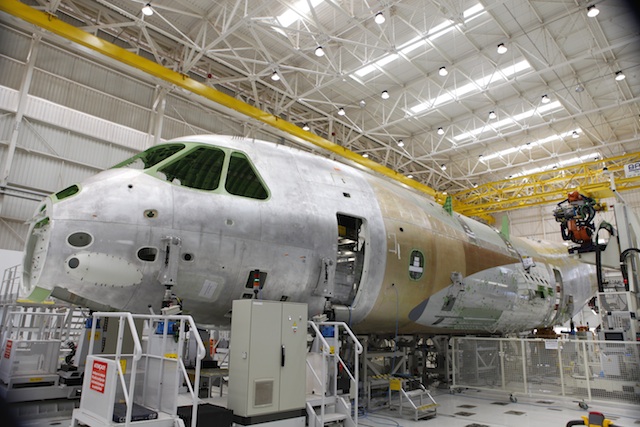 Valued at R7.2 billion ($3.25 billion), the contract is dependent on additional documentation that is expected to be completed in about 90 days.

Addressing the public, Curado says the Brazilian Air Force’s KC-390 is a state-of-the-art aircraft and the largest aircraft ever designed and developed in the southern hemisphere.

He adds that he expects the KC-390 will be popular on the export market.

Curado says the KC-390´s multi-mission capability was a challenge, with the aircraft being designed for cargo and troop transport, cargo air drops, inflight refueling, search and rescue and firefighting missions.

“Brazil has had previous experience in multinational [aerospace] development programs, but this time around Brazil leads in the key engineering and in the project management areas,” he says.

“This is a fundamental partnership for Brazil,” said Brazilian President Dilma Rousseff, who attended the event.

Her message focused on the importance of the benefits to Brazil of exportable technology development programs like the KC-390. 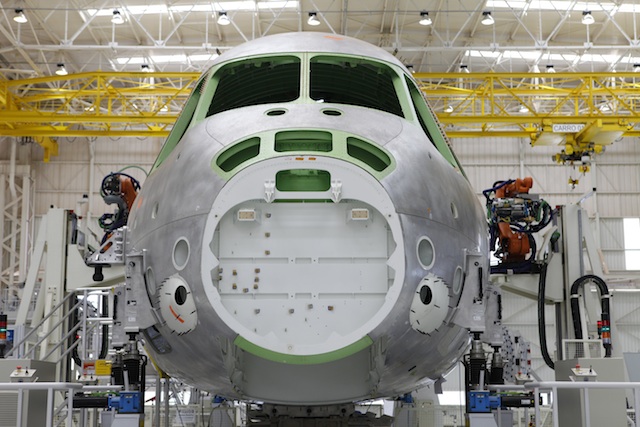 Celso Amorim, Brazilian minister of defense, tells reporters, “This is the first firm order of the type and it paves the way for the conclusion of further firm sales for the program´s current industrial partners Argentina, Chile, Colombia, Portugal and the Czech Republic.”

“These countries have signed memorandum of understanding comprising potential demand for a further 32 KC-390s,” Amorim says.

Paulo Gastão Silva, Embraer vice president for the program, declines to say when the first prototype aircraft will be roll out, noting that the timing will be “technically driven”.

But Embraer President of Defence and Security Jackson Schneider tells reporters that the first flight will happen “late this year.”

“It would be due to the continuing fine tuning of the specifications,” he says.

The prototypes are not set to be converted into full operational aircraft.

To be able to certify the KC-390 for Antarctic operations, one of its most demanding roles, comprehensive cold weather tests are to be held elsewhere, possibly Canada.

The KC-390 production hangars in Gavião Peixoto have more than 30,000m2of space.

Final assembly is to begin in June, with more than 1,500 Embraer employees working on the project. More than 50 Brazilian companies are currently contributing to the KC-390’s development.