Rolls-Royce sees a range of potential applications for its UltraFan future engine programme, despite the UK manufacturer's withdrawal of its bid to power Boeing's proposed New Mid-market Airplane.

Speaking during a financial results briefing on 28 February, R-R chief executive Warren East acknowledged that GE Aviation had become a dominant engine supplier to Boeing, while R-R had moved into a similar position on Airbus long-haul aircraft.

He says, however, that R-R has no intention to further "accentuate" that situation.

GE is the sole engine supplier for the Boeing 777, 747-8 and in-development 777X, and currently provides the majority of engines for the 787 – the only in-production Boeing type on which an engine manufactured by R-R is offered as an option.

All 737s since the Classic generation have been powered by engines from CFM International, a manufacturer jointly owned by GE and Safran.

R-R, for its part, is Airbus's sole engine supplier for the A350 and A330neo, and will provide its Trent 900 engine for remaining A380 orders. 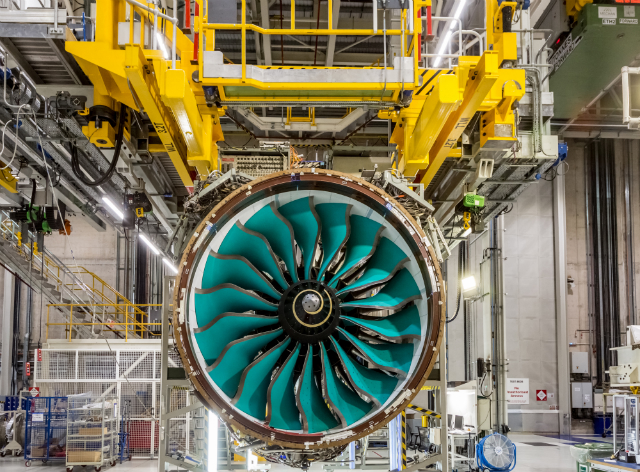 East says the UltraFan programme – which involves a new engine core and geared fan architecture – is scalable to provide 25,000-100,000lb-plus (111kN-446kN) of thrust, making it suitable to power single-aisle and long-haul aircraft.

The first opportunity to provide an UltraFan variant will probably be on a long-haul aircraft, with the A350 being a likely candidate for a potential re-engining effort, East says.

But he asserts that R-R has a "very rich and very healthy" relationship with Boeing, and that he is "quite optimistic" that UltraFan will find application with both the US airframer and Airbus.

East says that while participation in the NMA programme would have been "very good" for R-R, the UK manufacturer considered it unfeasible to develop an UltraFan derivative with sufficient maturity within Boeing's timeframe.